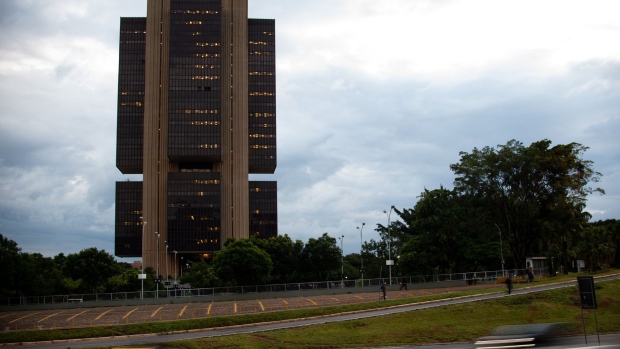 The Central Bank of Brazil in Brasilia, Brazil, on Monday, March 15, 2021. Brazil spent more money shielding its economy from the pandemic slump than almost any other emerging nation, and quite a few wealthier ones too. It put much less effort into containing the pandemic itself. Photographer: Andressa Anholete/Bloomberg , Bloomberg

(Bloomberg) -- Brazil’s central bank said it sees another increase of 150 basis points in its key interest rate during the bank’s February meeting, after lifting borrowing costs on Wednesday by that same magnitude to 9.25%.

“The Committee considers that, given the increase in its inflation projections and in the risk of a deanchoring of long-term expectations, it is appropriate to advance the process of monetary tightening significantly into the restrictive territory. The Committee will persist in its strategy until the disinflation process and the expectation anchoring around its targets consolidate,” the bank said in a statement.