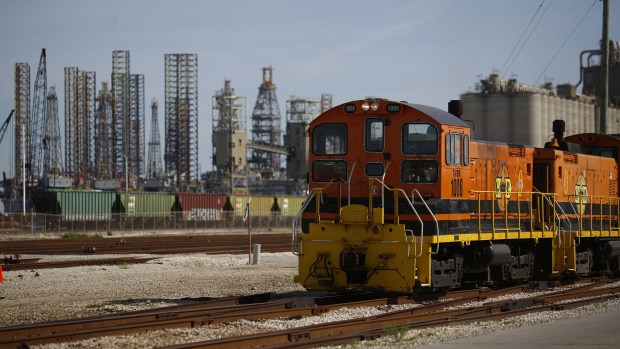 The investment firms are among suitors that have progressed into the next round of bidding for the company, said the people, asking not to be identified because the matter is private. The company is seeking at least US$110 per share (GWR.N), they said. A deal at that price would value Genesee & Wyoming’s equity at about US$6.2 billion, based its 56.5 million shares of common stock outstanding at April 1, according to data compiled by Bloomberg.

Some of the investment firms may team up while others are partnering with potential co-investors such as pension and sovereign wealth funds, the people said.

There is no guarantee these discussions will lead to a sale, they said.

Genesee & Wyoming shares jumped as much 11% on the news before paring some of the gains to US$94.15 at 3:22 p.m. in New York trading, giving the Darien, Connecticut-based company a market value of about US$5.4 billion.

In March, Bloomberg News reported the company was working with an adviser to explore selling all or part of itself and had begun discussions with suitors.