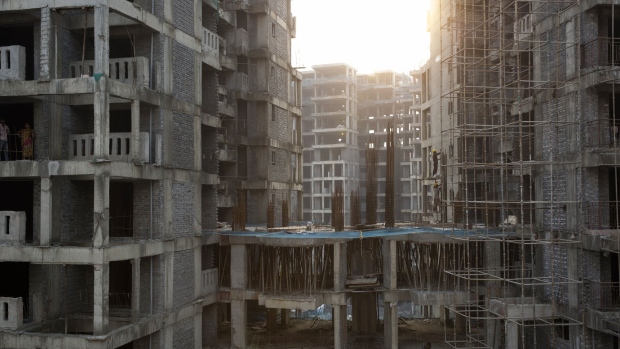 Workers labor on a construction site in Delhi. , Bloomberg

Brookfield Asset Management Inc. is considering bundling its commercial real estate assets in India into a real estate investment trust for a listing next year, according to people familiar with the matter.

Brookfield, which manages more than US$500 billion assets globally, owns 22 million square feet of office properties in India, according to its website. Deliberations are at an early stage, and Brookfield could still decide against pursuing the transaction, the people said. A representative for Brookfield declined to comment.

A successful listing would follow the April debut of Embassy Office Parks REIT, backed by Blackstone Group LP. The REIT has gained about 41% since it started trading. Blackstone is also working with Indian developer K Raheja Group to prepare for an initial public offering of their joint commercial property portfolio, Bloomberg News reported in October.