'It makes a lot of sense' for Pembina to terminate its agreement with Inter Pipeline: Shareholder

Pembina and Inter Pipeline terminated their agreement on Monday, leaving Brookfield as the only remaining bidder.

“To maximize shareholder value we ran a fair and comprehensive strategic review and as a result Brookfield increased its offer by approximately 21 per cent,” Inter Pipeline Chair Margaret McKenzie said in a statement Tuesday night. The improved terms make it “appropriate to recommend acceptance of the revised Brookfield offer to our shareholders.” 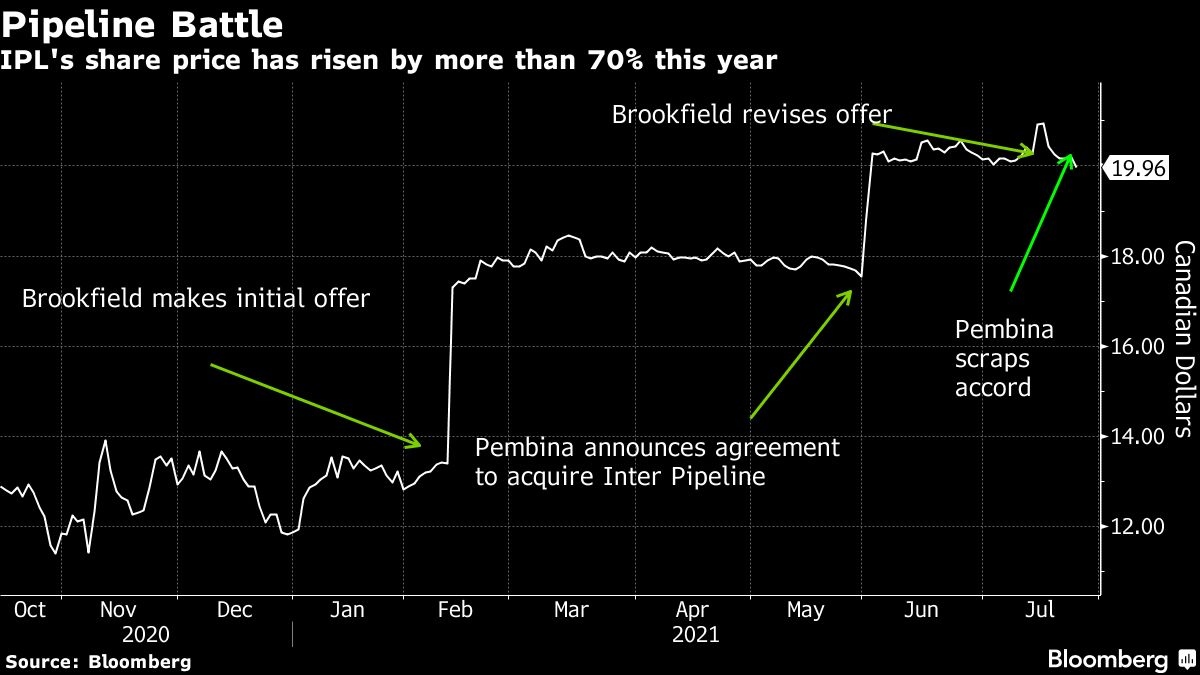 The drama began in February with an unsolicited $7.1 billion offer from Brookfield that was rejected by the company’s board, which later endorsed a June 1 takeover offer by Pembina. Brookfield countered by boosting its offer multiple times.

Brookfield’s latest offer comprises $20 per Inter Pipeline share in cash or 0.25 of a Brookfield Infrastructure Corp. share, subject to proration. A representative for Brookfield declined to comment following Inter Pipeline’s recommendation to investors.

Inter Pipeline said it’s paying a $350 million termination fee to Pembina as part of their agreement.