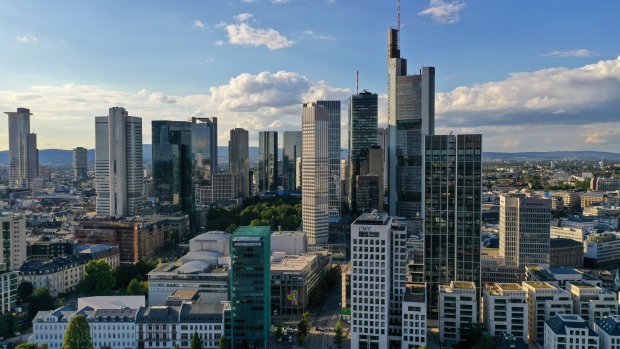 Brookfield Asset Management Inc. is exploring a takeover of listed German real estate firm Alstria Office REIT-AG, according to people familiar with the matter, as it bets on workers returning to city centers.

The Canadian investment firm is working with advisers to evaluate a potential bid, said the people, who asked not to be identified because discussions are private. Alstria Office is valued at about 3.3 billion euros (US$3.9 billion) and Brookfield already holds 8.35 per cent of the company.

Shares in Alstria Office rose 9 per cent in Frankfurt trading Wednesday, the stock’s biggest single-day gain since November last year, according to data compiled by Bloomberg.

In a statement after the news report, Alstria Office said it was “made aware that Brookfield might explore a potential takeover offer but is currently not in negotiations.”

Alstria Office owns about 110 commercial properties with a total value of 4.6 billion euros in Germany’s major cities including Hamburg, Frankfurt and Berlin, according to its website. A takeover by Brookfield would be the largest take-private transaction in Germany this year, Bloomberg data show. The country’s real estate sector has been a hot area for dealmaking, with Vonovia SE reaching an agreement to acquire rival Deutsche Wohnen SE for about 19 billion euros (US$22.3 billion) in May.

Shares of Alstria Office, run by Olivier Elamine, have gained about 16 per cent so far this year. The Hamburg-based firm in May confirmed full-year guidance but warned that letting markets could remain subdued until there is clearer visibility on the end of the pandemic.

Brookfield has been active on the dealmaking front in Europe. A unit of the investment group agreed to acquire Modulaire Group, the European designer of modular work spaces backed by TDR Capital, for about US$5 billion last month. The firm also kicked off the sale of PD Ports, the U.K.’s oldest port operators, earlier in July.