Warren Buffett’s US$2.9-billion gift this week means he has now given away Berkshire Hathaway Inc. shares valued at more than US$37 billion since 2006.

His philanthropy — along with Berkshire’s underwhelming stock performance recently — is finally starting to weigh on his net worth after years where his fortune defied his annual giveaways to rise ever higher. Buffett’s US$68.6 billion is enough for eighth-place on the Bloomberg Billionaires Index, his lowest position since the index started in 2012. He ranked in the top five as recently as June.

But in recent weeks the 89-year-old has been leapfrogged first by Steve Ballmer, the former Microsoft Corp. chief executive officer, and this week by Google co-founders Larry Page and Sergey Brin. The changes underline the extent to which technology fortunes now dominate the upper echelons of the world’s richest people. 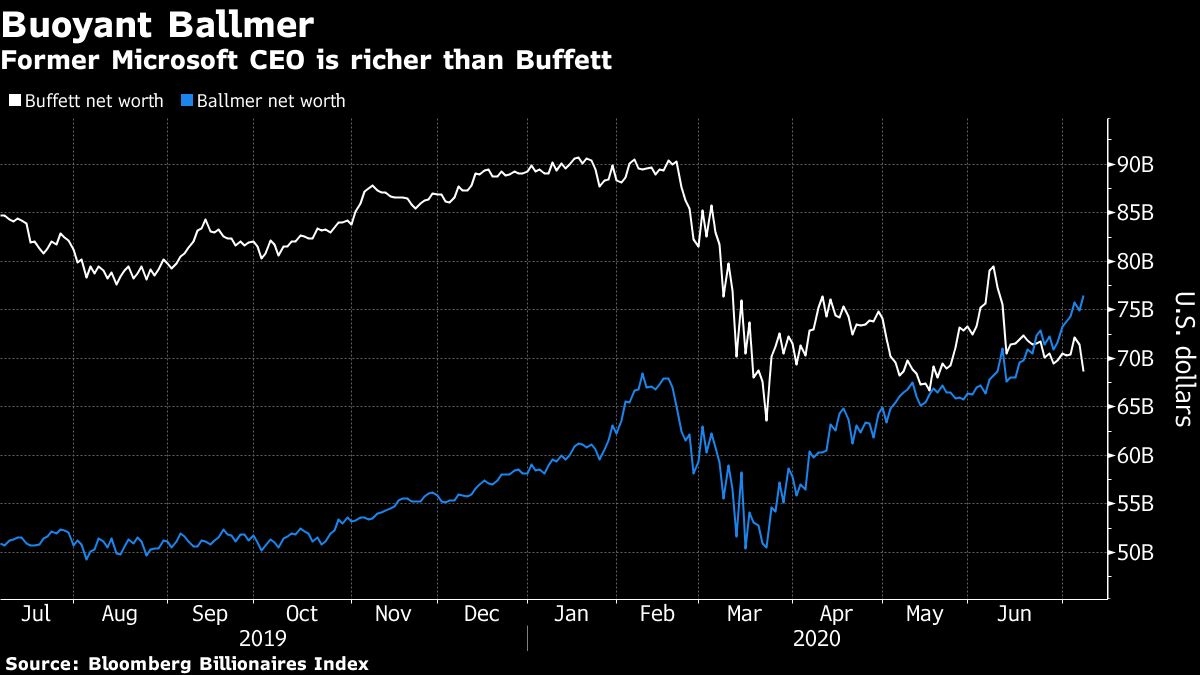 Six of the seven richest people on the planet owe their wealth to the sector, including No. 1 Jeff Bezos, who has added US$68 billion to his net worth this year, and Ballmer, who’s gained US$18 billion. Tech fortunes are the best performing on the index, up 25 per cent in 2020.

Ballmer’s fortune has soared thanks to the four-per-cent stake he’s estimated to have retained since leaving Microsoft’s board in 2014. The software company’s shares have risen almost fivefold since then, boosting his fortune to US$76.5 billion. Ballmer declined to comment on his Microsoft stake. Berkshire didn’t respond to a request for comment.

Buffett may welcome signs his gifts are shrinking his fortune. His pledge to give away his fortune only got harder as his fortune continued to rise. In his latest letter to shareholders he said he expects it will now take 12 to 15 years for his estate to dispose of all the shares he holds at the time of his death.