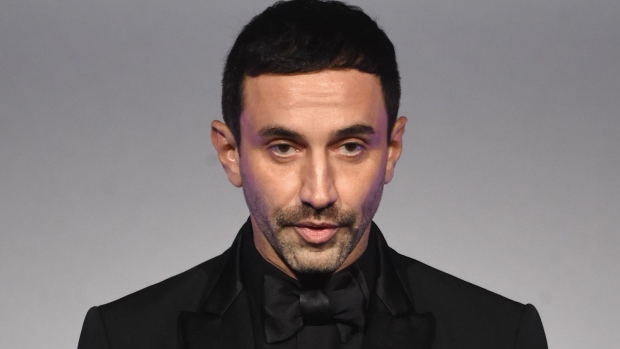 Tisci’s departure completes a changing of the guard atop the luxury retailer and comes less than a week after Chief Financial Officer Julie Brown announced she was leaving to join drugmaker GSK Plc in a similar role.

Lee will join as chief creative officer at the start of October, the company said Wednesday. He will present his debut runway collection at London Fashion Week in February and report to Versace veteran Jonathan Akeroyd, who became Burberry’s chief executive officer in March.

Burberry shares rose as much as 4.5% early Wednesday in London.

Yorkshire-born Lee previously worked under Phoebe Philo at Celine and reinvigorated Bottega Veneta, giving the classic brand known for its woven leather accessories a more cutting-edge feel and staging fashion shows in places like Berlin and Detroit. Bottega Veneta was the only major brand owned by luxury conglomerate Kering that increased sales in 2020, a dire year for the industry as the pandemic began.

Lee left Bottega Veneta in November for undisclosed reasons following his last show in Detroit after less than four years in the role.

Akeroyd is set to present his new strategy for the British fashion company in November and Lee will be a key part of his plan.

When Tisci joined Burberry, he had just ended a successful 12-year stint at Givenchy, where he was known for his evening gown designs. He was hailed as a key part of previous CEO Marco Gobbetti’s strategy to move Burberry more upmarket.

Tisci tried to make the brand more visible by placing a monogram logo on products including bags, a recipe that’s worked for other brands such as Louis Vuitton.

However, the company was slow to reintroduce shows held in front of a live audience following pandemic lockdowns. Tisci presented the first men’s and women’s collection in March this year, whereas luxury French rivals reinstated most live shows in 2021.

On Monday, Tisci unveiled his last spring-summer 2023 collection in a London warehouse. The show had been postponed due to the mourning period following the funeral of Queen Elizabeth II.

“Tisci had been at Burberry for five years and throughout his tenure we found his designs were not resonating strongly on social media, and sales growth for Burberry has been lackluster versus peers,” Jefferies analysts led by Flavio Cereda wrote. “However, a new creative does add one to two years to the time frame for a brand reset.”

Burberry’s chief creative officer, Riccardo Tisci, is set to leave at the end of the September -- following hot on the heels of the resignation of CFO (and COO) Julie Brown -- suggesting possible discontent among top-ranked executives over the company’s direction and leaving a sizable knowledge gap. The creative lead will be assumed by Daniel Lee, who abruptly departed Bottega Veneta in November 2021, and could now push for more of his cutting-edge designs at Burberry.

In July, Burberry held its forecasts steady despite severe lockdowns in parts of China in April and May that hurt demand for luxury products. The company targets high-single digit revenue growth and a 20% margin at a constant currency in the medium term.