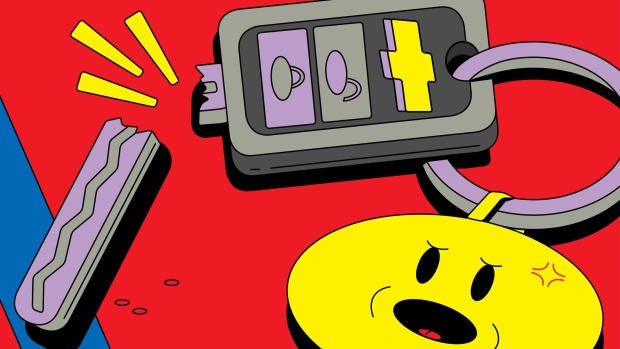 Detroit is exiting the sedan market and putting all their chips on high-profit SUVs and trucks — just when cash-strapped Gen Z is showing a preference for compact cars. , Illustration: Kurt Woerpel for Bloomberg Businessweek

(Bloomberg Businessweek) -- Joy Falotico, chief marketing officer for Ford Motor Co. (F.N), has had a busy couple of weeks, introducing a new luxury sport utility vehicle at the New York International Auto Show and dealing with executive changes at her company. But she still carved out time for several meetings on a topic she views as critical to Ford’s future: figuring out Gen Z. “We’re just really digging into all of this right now,” Falotico says of the cohort of emerging consumers aged 7 to 22. Gen Z “is still very young, but they like to talk back to brands, they have points of view. They grew up on social media, so it’s just really different.”

Detroit has struggled to connect with young buyers ever since baby boomers defected to Japanese brands after the 1970s oil crisis. They misfired on millennials, too, rolling out gas-sipping subcompacts earlier this decade just as fuel prices plunged and SUVs became the wheels of choice. Now they’re switching gears again, exiting the sedan market and putting all their chips on high-profit SUVs and trucks—just when cash-strapped Gen Z is showing a preference for compact cars.

That’s risky since snagging young buyers with cheap small-car models is a time-tested way of building brand loyalty, which becomes more lucrative as consumers age and buy increasingly expensive vehicles of the same brand. “With average transaction prices of vehicles going up and up, for first-time buyers—be it millennials or Gen Z—passenger cars are a gateway into the industry,” says Henio Arcangeli Jr., senior vice president for automotive operations at the U.S. arm of Honda Motor Co., which, along with rivals including Toyota Motor Corp. and Hyundai Motor Co., still offers thrifty starter cars.

Price matters to the practical, passionate, and poorer generation just starting to graduate from college loaded with debt. In their formative years, they watched their parents lose jobs or struggle to make ends meet in the Great Recession. That makes them far more conservative with their money than millennials.

As they begin to cautiously open their wallets for a set of wheels, two-thirds are buying used, with most opting for compact cars or midsize sedans, according to researcher J.D. Power. Compared with millennials at the same life stage, far fewer Gen Zers can afford a new car. Gen Z is expected to account for 3.6 per cent of new vehicle purchases this year, compared with 4.4 per cent for millennials when they were starting out in 2004 — a difference of about 119,000 vehicles, according to J.D. Power.

“The buying power and the economics of this generation are slightly weaker,” says Tyson Jominy, vice president for data and analytics at J.D. Power. “That’s compounded by transaction prices that are increasing about 2 per cent per year and with stagnant wages, which makes it a lot more difficult to afford a new vehicle for this youngest generation.”

Gen Z is far from its peak earnings years and much could change. After all, millennials were initially seen as car haters, but it turned out they just deferred big-ticket purchases while they paid down student debt in their 20s. Now they’re starting families, moving to the ’burbs, and buying SUVs.

Yet the technological upheaval in the car business could change the path for Gen Zers. As the group hits its flush years financially around 2030, self-driving cars are expected to finally go mainstream, replacing two cars in the garage with one that can fetch the whole family. Long before that, though, they may have become sold on new alternatives to privately owned vehicles, like Uber and electric scooters. “The very real threat is that a portion of this generation is going to shared services and never coming back,” Jominy says. “They may never enter the car market.”

Automakers are convinced they can win them over with cars that reflect Gen Z’s passion for social change. “There’s still that love of owning a car,” says Alyssa Altman, who works with Fiat Chrysler, Mercedes, and Nissan at Publicis Sapient, a digital consultancy. “There’s just going to have to be some relevance to how it’s helping the world.”

For starters, cars will have to be pollution-free. And they’ll have to be just as connected as the phone that never leaves Gen Zers’ hands. “With people 21 and under, there is no scenario where a car shouldn’t be electric,” says R.J. Scaringe, founder of Rivian, the electric-truck maker backed by Amazon.com Inc. “It will be electric and connected.”

Publicis’ Altman says Gen Z will comprise 40 per cent of consumers by next year. So Detroit may have little choice but to rethink its sundown-of-the-sedan strategy if it wants to catch this youth wave. Says José Luis Valls, chairman of Nissan Motor Co.’s North American business: “We need to not only be prepared with technology but embrace how these customers will behave, and adapt our hardware and our services in that direction.”