House Democrats embraced the U.S.-Mexico-Canada trade agreement after securing key revisions and announced plans to vote on the deal next week, putting President Donald Trump closer to a political win as he heads into the 2020 election.

Speaker Nancy Pelosi praised the changes her House Democats were able to negotiate, saying the revised deal is better for American workers. She said the new version of the accord, known as the USMCA, will be a model for other trade agreements going forward.

“This is the day we have been waiting for,” Pelosi told reporters. “It is infinitely better than what was initially proposed by the administration.”

Trump welcomed the finalized Nafta overhaul, which has been languishing for more than a year and could resolve some of the uncertainty weighing on the economy as he heads into his re-election campaign. But it is also a win for House Democrats who are eager to prove that they can do more than investigate and impeach Trump. 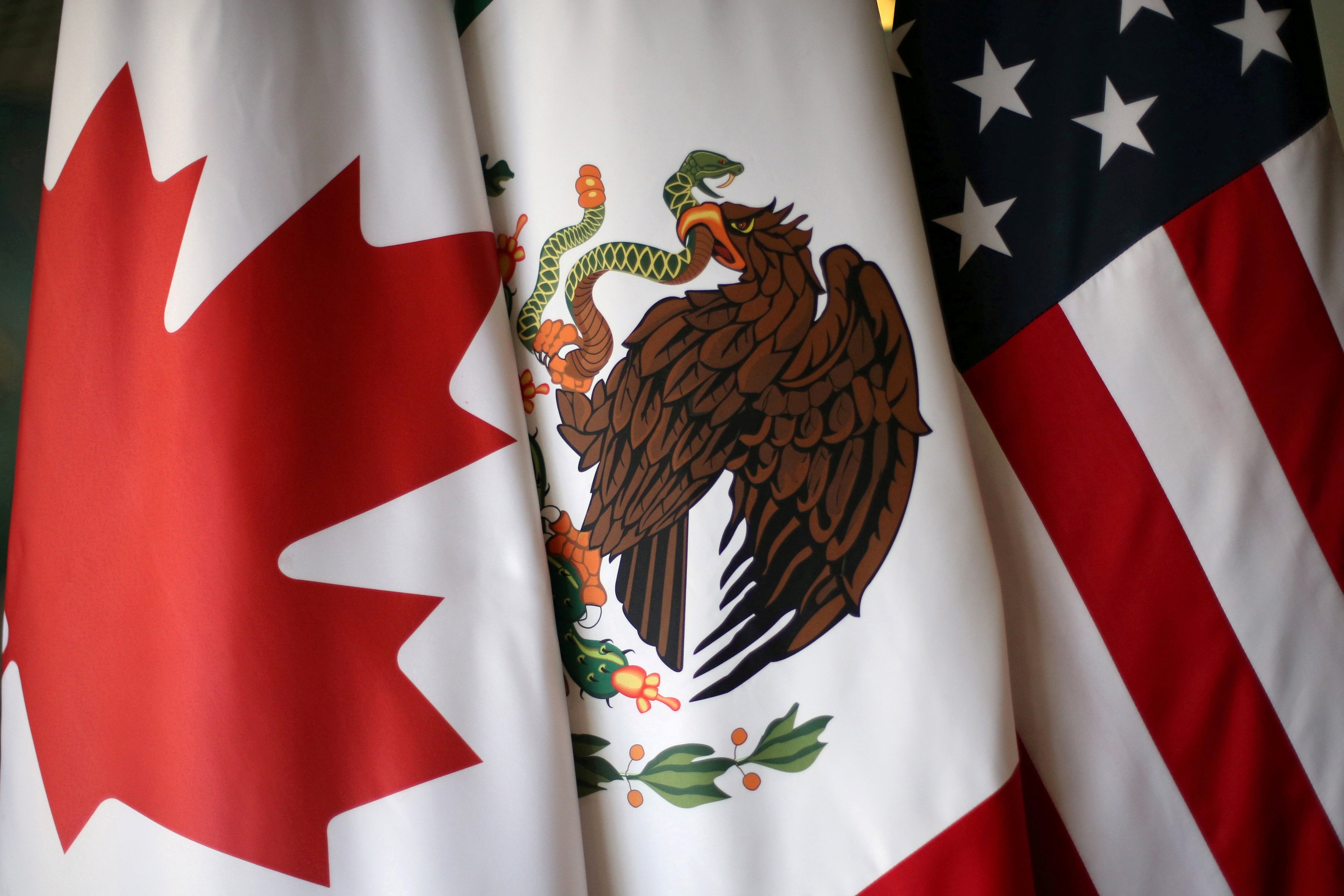 Do you think ratification of the new NAFTA will boost business investment in Canada?

The timing on Tuesday was extraordinary, with Pelosi flanked by more than 30 of her colleagues announcing the long-awaited trade deal just minutes after chairmen of House committees investigating Trump unveiled the two articles of impeachment they plan to bring against the president. She said the back-to-back announcements were not a coincidence.

“We are at the end of the session and you have to make some decisions,” Pelosi said.

The timing will prove more difficult in the Republican-led Senate, according to Majority Leader Mitch McConnell. He told reporters Tuesday that the Senate won’t take up the USMCA until after it finishes with the impeachment trial next year.

“We will not be doing USMCA next week in the Senate,” McConnell said Tuesday.

On Oct. 12, 2011, the House and Senate passed trade agreements with Korea, Panama, and Colombia, according to Henry Connelly, a Pelosi spokesman.

“Senator McConnell has no excuse not to bring up the USMCA,” Connelly said in an emailed statement.

The changes that Democrats demanded on provisions regarding the environment, pharmaceuticals, labor and overall enforcement were the subject of intense negotiations between U.S. Trade Representative Robert Lighthizer and House Democrats led by Ways and Means Chairman Richard Neal.

“Every once in a while you get to participate in a will-it-ever-happen moment,” Neal said Tuesday. ”This is a triumph for workers across America.”

Lighthizer called the agreement “historic” and said the accord “will be the model for American trade deals going forward.”

“After working with Republicans, Democrats, and many other stakeholders for the past two years we have created a deal that will benefit American workers, farmers, and ranchers for years to come,” Lighthizer said in a statement.

Pelosi told her Democratic members earlier Tuesday that expects a House vote next week, according to Representative Henry Cuellar, a Democrat from Texas. Neal also confirmed that timing.

“We are ready to rock and roll,” Cuellar said after a closed-door meeting of Democratic representatives in Washington. “We’re very confident. We have the numbers” to pass the deal.

Pelosi later told reporters she hopes to vote on the deal, known as the USMCA, “before the end of the session,” which would be before Congress recesses for the holidays Dec. 20.

Representatives from Canada, Mexico and the Trump administration met in Mexico City Tuesday to sign the amendments to the trade agreement. Mexican President Andres Manuel Lopez Obrador said the new version will be ratified by the legislatures of all three countries.

The revised trade agreement removes a loophole in Nafta that allowed any country to object to the formation of enforcement panels, and it updates rules governing how evidence can be presented at arbitration panels, according to a summary of the agreement.

Business community can breathe a sigh of relief once new NAFTA is ratified: Goldy Hyder

BNN Bloomberg speaks to Goldy Hyder, president and CEO of the Business Council about the NAFTA 2.0 signing, the U.S. move to weaken the WTO and Alberta premier Jason Kenney's meeting with Prime Minister Justin Trudeau.

The major sticking point in talks for months has been labor-rights enforcement. The deal creates a new labor-specific dispute panel system covering all goods and services, and labor violations can lead to “penalties on goods and services.”

The agreement establishes benchmarks for Mexico’s implementation of its new labor law. If they the deadline is not met, that leads to “enforcement action,” according to the summary.

Democrats also managed to remove a provision that would have guaranteed 10 years of data protection for biologic drugs, which pharmaceutical companies lobbied to preserve in the deal.

“We now have a new and improved, renegotiated Nafta that prevents Big Pharma from raising prices,” said Representative Jan Schakowsky, an Illinois Democrat.

The Biotechnology Innovation Organization, a drug industry group, said removing protections for biologic drugs “surrendered one of the most important tools” that would help Trump keep his promise to “end foreign free-riding on American medical innovation.”

Pelosi said that she was not able to remove a provision granting legal liability protections for internet companies from the deal.

Trump tweeted his support for the revised agreement Tuesday before Pelosi’s announcement.

America’s great USMCA Trade Bill is looking good. It will be the best and most important trade deal ever made by the USA. Good for everybody - Farmers, Manufacturers, Energy, Unions - tremendous support. Importantly, we will finally end our Country’s worst Trade Deal, NAFTA!

Republicans in the U.S. Congress have been relentlessly pressuring Democrats to put the trade agreement up for a vote. Some Republicans on Monday said they were concerned that the changes to the trade agreement, negotiated in close consultation with labor unions, would stray too far from the original deal.

Senate Finance Chairman Chuck Grassley, the Republican who will shepherd the deal through the Senate after House passage, said he isn’t worried that the revised deal would slow its passage.

”I don’t think it’s going to be big enough to stop us from getting it passed,” Grassley said about GOP concerns.

Louisiana Representative Steve Scalise, the Republican responsible for counting his party’s votes in the House, praised the deal and said Congress should continue working on other “outdated trade deals.”

“I predict an overwhelming vote for this agreement,” Scalise said in a statement. “Republican support for President Trump’s hard-negotiated trade deal will be strong.”

One of the most important endorsements for the deal came from the AFL-CIO, the largest labor federation in the U.S. Richard Trumka, the group’s president worked closely with Democrats on the negotiations.

“We demanded a trade deal that benefits workers and fought every single day to negotiate that deal; and now we have secured an agreement that working people can proudly support,” Trumka said in a statement. “Trade rules in America will now be fairer because of our hard work and perseverance. Working people have created a new standard for future trade negotiations.”