Canada is following countries, from the U.S. to Hong Kong, in banning foreign nationals from seven southern African nations, amid concerns about a new COVID-19 variant.

Worries about the variant sent markets around the world tumbling Friday, feeding fears the latest threat could derail the fragile global recovery. There are no direct flights from the region into Canada.

We are “acting quickly to protect the health and safety of Canadians,” Health Minister Jean-Yves Duclos told reporters in Ottawa. “We are banning the entry of foreign nationals into Canada that have traveled through southern Africa in the last 14 days.”

Canada’s largest airline, Air Canada, lost as much as 11 per cent, the most since June 2020, but the damage was widespread. Every sector of the S&P/TSX Composite Index was weaker, with the equities benchmark tumbling 2.3 per cent, the most in 13 months. Energy stocks led losses as oil plummeted, with the sector sinking 3.7 per cent. 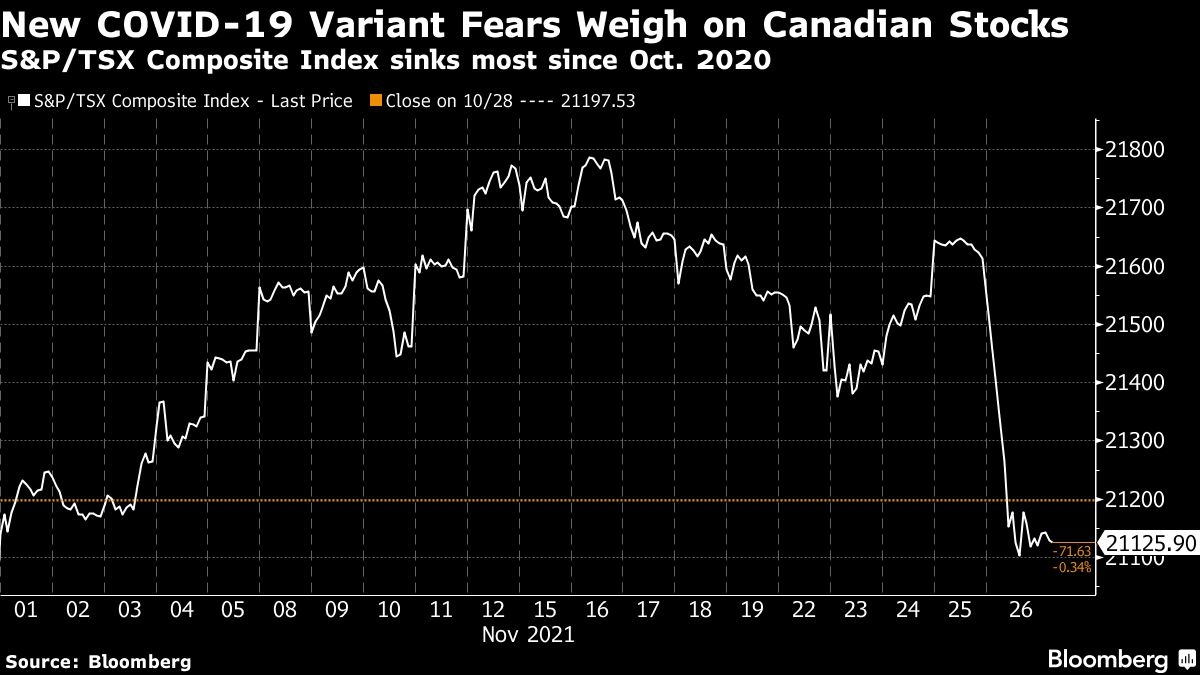 One week ago, Air Canada said it no longer required support under a $5.9 billion (US$4.6 billion) state rescue package. The same day, Prime Minister Justin Trudeau’s government said it will ease testing requirements for vaccinated Canadians making short trips to the U.S.

Some economists are warning the spread of the variant could have material impacts on economic activity.

“Some countries are already barring flights from Africa, but it may well be that this variant is already brewing elsewhere,” Avery Shenfeld, chief economist at the Canadian Imperial Bank of Commerce, said in a report to investors Friday. “What isn’t clear is whether vaccines or antibody treatments can still defend against severe outcomes, which would be key to whether it can set us back on our physical and economic healing path.”