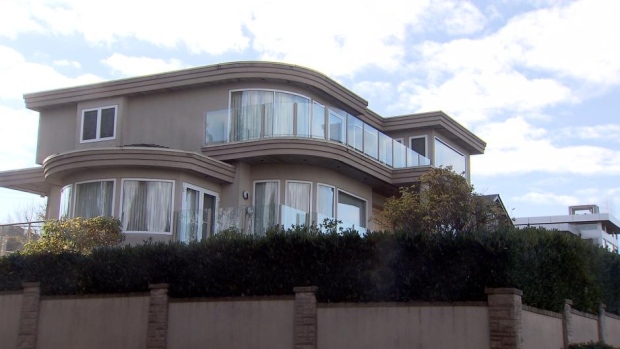 The Canada Revenue Agency has launched an investigation into the red-hot housing market in Metro Vancouver, where rampant speculation, unscrupulous dealings and foreign investment are being blamed for driving up the cost of homes and helping to create an affordability crisis.

A sensitive government briefing document leaked to The Globe and Mail and some other media outlets states that 50 income-tax auditors, 20 GST auditors and 15 workload-development officers are now investigating real estate tax issues in the Pacific region.

The document states that the agency is conducting audits in an attempt to detect flipping, to identify builders who don’t comply with filing regulations or who under-report GST, and to measure compliance with non-resident filing requirements. It also indicates that the CRA is collaborating with FinTRAC on “lifestyle audits.”

FinTRAC, the Financial Transactions and Reports Analysis Centre, is an independent federal agency that works within the scope of the Proceeds of Crime (Money Laundering) and Terrorist Financing Act.

The CRA appears to be focusing on some of the areas highlighted in a continuing series of reports by The Globe into Metro Vancouver’s soaring real estate market, where prices have climbed more than 30 per cent in the past year alone – raising concerns about the impact of foreign investment on housing affordability.

“I have repeatedly raised concerns that the rules governing our real estate market are out of date. With unregulated, speculative global capital flowing into Metro Vancouver, we are seeing housing prices completely disconnected from local incomes,” Mayor Gregor Robertson said in an e-mail.

“First and foremost, housing needs to be for homes, not a commodity to make money with,” he said. “Given the amount of money flowing into Metro Vancouver real estate, we need a much more robust system of oversight and I support enhanced resources for the CRA for more tracking, auditing and enforcement within their jurisdiction.”

The Globe’s investigation uncovered cases in which foreign-born owners declared low incomes, despite moving millions of dollars through relatives into Canada, as well as concerns that investors could use residency rules to avoid paying capital-gains taxes. The investigation also revealed concerns from within FinTRAC that poor reporting by real estate agents made the industry vulnerable to money laundering.

The leaked document, delivered as a webinar by the CRA on June 2, is labelled “Protected B,” a government security classification that means “unauthorized disclosure could reasonably be expected to cause … serious injury to an individual, organization or government.”

The CRA document also identifies as a topic of interest “individuals living in high-value areas in British Columbia who are reporting minimal income not supporting their lifestyle; individuals purchasing high-end homes with minimal income being reported [and] individuals who are not reporting all of their worldwide income.”

The document states that the “CRA compliance work will increase visibility and lead to more tax compliance, but will not address the major concerns about affordability of real estate.”

In an e-mail, CRA spokesman David Walters said the government routinely investigates when “new risks of tax non-compliance emerge,” such as the real estate market in Vancouver.

He said the auditors “are focused on detecting and addressing a number of different risk areas related to real estate transactions … [but] the source of funds for the real estate purchases are not the focus of tax non-compliance.”

B.C. Finance Minister Michael de Jong said in an e-mail he is pleased by the CRA’s action. “We support these efforts and share information to the extent possible under the information-sharing agreements we currently have in place with the federal government,” he said.

The provincial government recently announced plans for an emergency summer session of the House to pass legislation that would allow Vancouver to impose a tax on homes left empty by speculative buyers.

David Eby, the NDP’s housing critic, said it is about time the federal government got involved in the issue, but he was critical of the scope of the CRA’s investigation.

“My first reaction is, where the hell have they been? I am blown away that first of all they have been almost entirely absent from this issue, and secondly that they think 50 auditors is sufficient to deal with this problem,” he said.

At a recent news conference, Mr. Eby said a task force of auditors, Crown counsel, police and tax and corporate law experts should be appointed to “crack down” on real estate speculators.

Andrew Weaver, B.C.’s Green Party Leader, said the CRA investigation may not be enough, but it is a step in the right direction. “It’s good to see someone taking action,” said Mr. Weaver, who has attacked the provincial government for failing to act regarding foreign speculation in B.C. real estate.

Kin Lo, associate professor of accounting at the University of British Columbia’s Sauder School of Business, said the CRA could have considerable impact with 70 auditors on the job.

“It looks quite comprehensive,” he said of the agency’s plan. “They can actually go through a lot of files with that amount of people.”

But Joshua Gottlieb, of UBC’s Vancouver School of Economics, said it’s unclear how cost-effective the audits might be.

“Looking into whether or not someone is a tax resident in Canada is just really complicated,” he said. “Good for them for putting more effort into it and doing audits, but if it is inherently complicated, why not go the simple route and tax the property?”