'Barbra Streisand topped the charts when unemployment was this low in Canada': Desjardins economist

Canada’s unemployment rate fell to the lowest level since at least the mid-1970s, as the labor market posted another strong monthly employment gain.

The economy added 72,500 jobs in March, following a blockbuster gain of 337,000 in February, Statistics Canada reported Friday in Ottawa. The jobless rate fell to 5.3 per cent, the lowest in monthly records dating back to 1976, down from 5.5 per cent in February.

Economists were anticipating employment to increase by 80,000 and the unemployment rate to fall to 5.4 per cent. 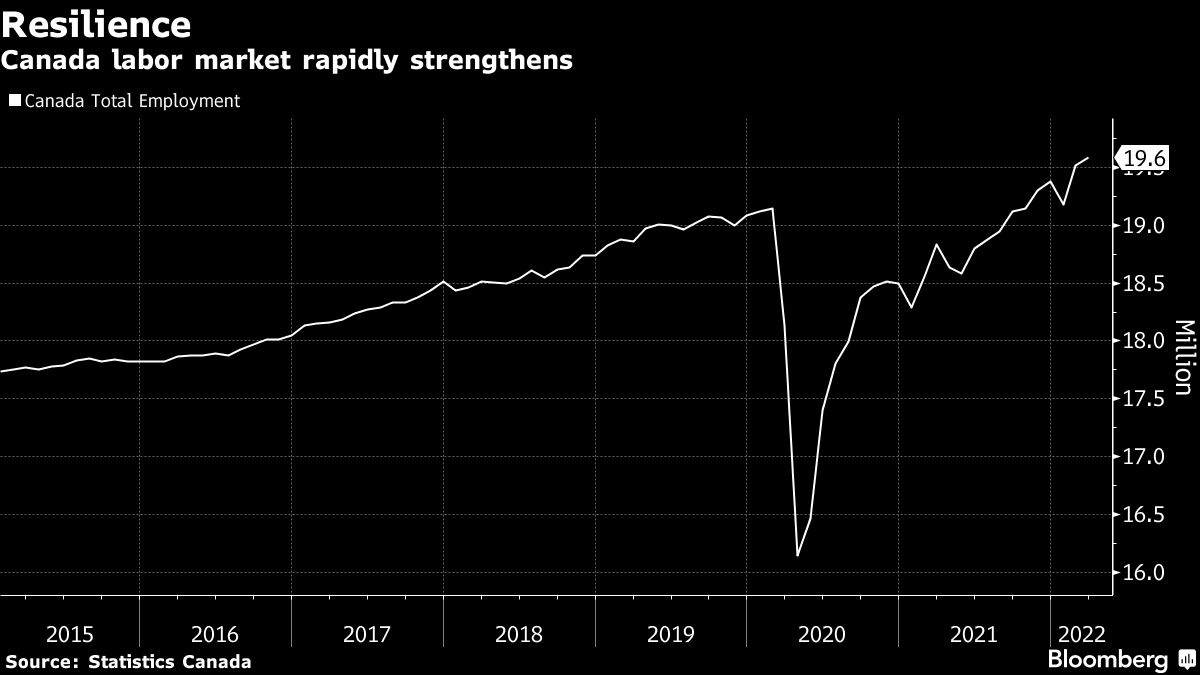 Friday’s report is another indication Canada’s economy is running up against labor-force capacity, and will stoke expectations for aggressive Bank of Canada interest rate hikes in coming months -- including a half-point increase at its policy decision next week. The country has added about one million jobs since last June.

“The solid pace of hiring reinforces our view that the Bank of Canada will act forcefully next week to quell inflationary pressures,” Royce Mendes, head of macro strategy at Desjardins Securities Inc., said in a report to investors.

Investors in overnight swaps are pricing in about a three-quarters chance of a 50-basis-point increase on April 13, followed by a series of additional hikes that will take the policy rate to as high as 3 per cent in 12 months. Last month, the Bank of Canada raised its benchmarch overnight rate to 0.5 per cent, from the emergency low of 0.25 per cent set when COVID-19 hit North America.

Yields on Canadian government two-year bonds jumped after the report, up 8 basis points to 2.46 per cent at 8:47 a.m. in Toronto trading. The Canadian dollar was little changed at $1.2588 per U.S. dollar. 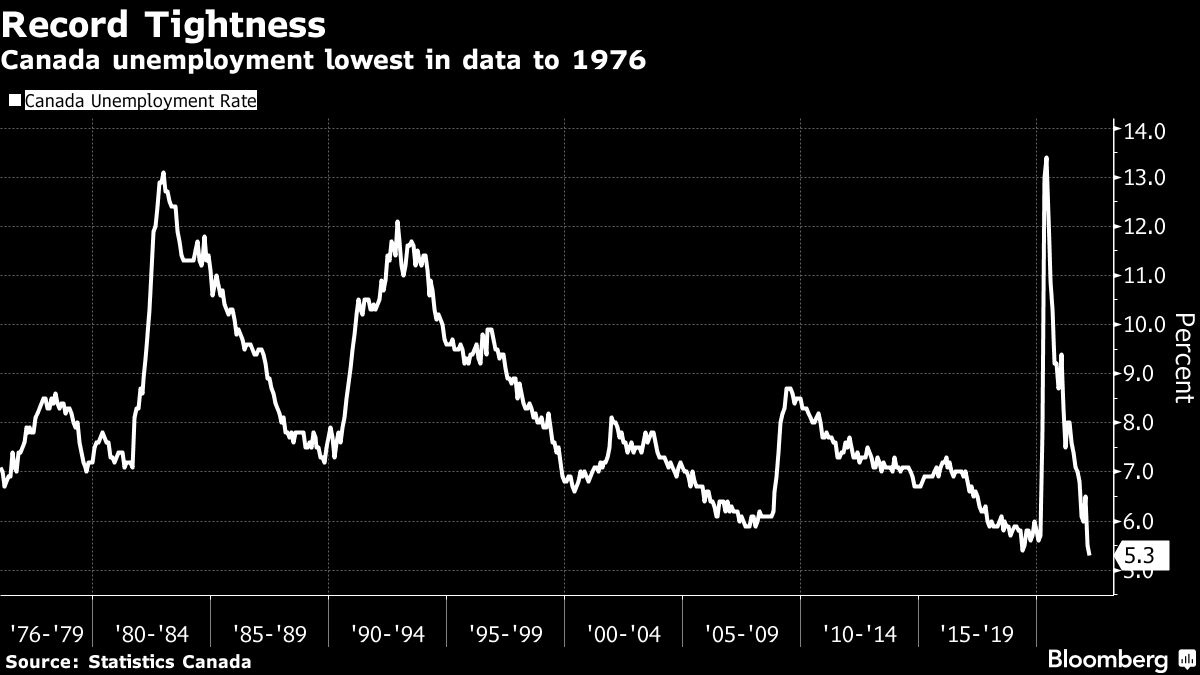 The job gains also illustrate the extent to which the economy has emerged strong after successive waves of COVID and resulting lockdowns. The employment jump in February and March follows the lifting of restrictions that were imposed to stem a surge in cases over the winter.

Another sign of a tight labor market appears to be strengthening pay gains, with average hourly wages up 3.4 per cent from a year earlier, compared to 3.1 per cent in February. For permanent employees, wages were up 3.7 per cent.

Total hours worked, which is closely correlated with output, was up a strong 1.3 per cent. Gains were seen in both service-related industries and goods-producing sectors, led by accommodation and food services.