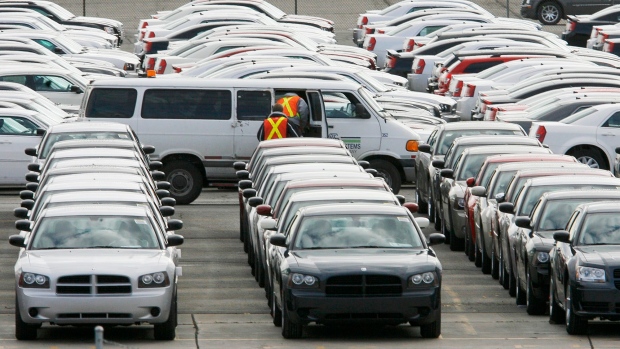 Those numbers are 4.9 per cent below the same month last year, but nonetheless mark the seventh best July in Canadian automotive history, DesRosiers said in its monthly report.

The auto industry's recovery from the COVID-19 pandemic and shutdown appears to have tapered, the data show.

After a “brutal” collapse in April, sales jumped 147 per cent and 37.3 per cent in each of the following months, before the 6.2 per cent increase in July, DesRosiers noted.

While auto sales made a “strong” showing in July, the consultants noted that it's still unclear how much of the auto-selling momentum is driven by buyers who have been holding off since spring, when dealerships were in a holding pattern due to COVID-19 restrictions.

“The long-term implications of COVID-19 on the economy and the automotive market are far from clear and will likely include more twists and turns.”

In a separate note in mid-July, DesRosiers noted that the COVID-19 pandemic put a brief but sharp downward pressure on the number of vehicles sold at each dealership. That may accelerate a long-term pattern as the industry shifts from independent car dealerships, and toward collectives of 10 or more franchises owned by a single ownership group, the consultants predicted.

“To be sure, the overall number of dealer franchises has continued to grow. The ownership of these franchises has been increasingly concentrated, however,” the consultancy said.

“The question remains as to who the purchasers will be, and the extent that industry consolidation of the dealer network will lead to new models of retailing, and a new balance in the relationship between factories and their networks.”