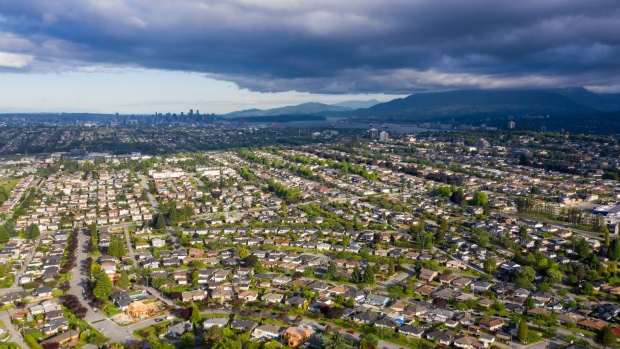 Canadian home prices recorded their biggest gain in more than two years, and sales advanced for a sixth straight month in another sign of health in the country’s real estate market.

The number of units sold climbed 1.4 per cent in August from a month earlier, and are now 17 per cent above levels in February, the Canadian Real Estate Association said Monday. Benchmark home prices rose 0.8 per cent in August, the biggest one-month gain since April 2017. Toronto, Vancouver and Montreal -- the three biggest markets -- recorded increases in prices and sales. 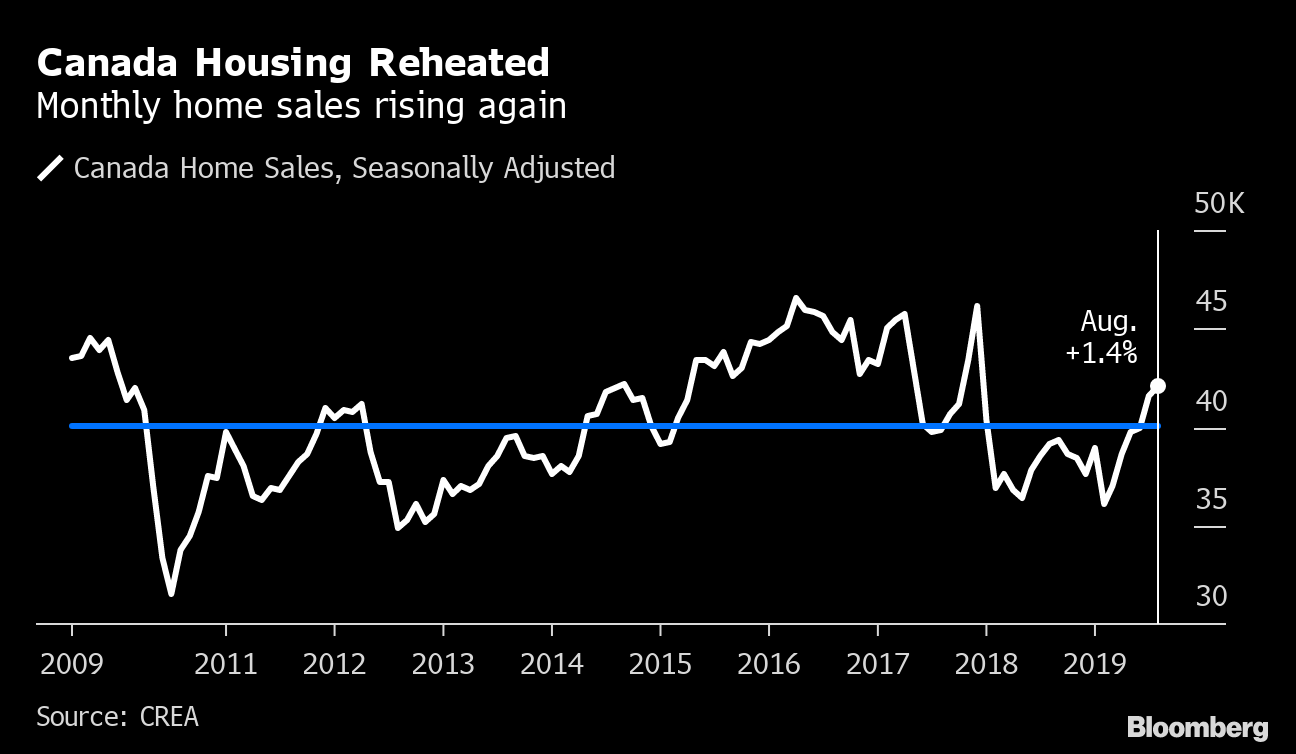 The report is in line with other recent indicators that suggest housing has recovered from a slump earlier, helped by falling mortgage rates. The run of robust housing data gives the Bank of Canada another reason -- along with robust job gains and stronger than expected output growth -- to hold interest rates steady, even as counterparts around the world tilt toward easing policy.

“Yet again, the housing bears are going to have to take their medicine,” Robert Kavcic, senior economist at BMO Capital Markets, wrote in a note to clients. “A solid job market and population flows persist across much of the country, amplified by a roughly 100 bps drop in five-year fixed mortgage rates since late-2018. This momentum should continue into the fall.”

Canada’s introduction of stricter mortgage-lending rules last year inhibited some potential home buyers. Recently, declining interest rates and lower home prices may have allowed some of those buyers to return to the market, according to the CREA report.

“The recent marginal decline in the benchmark five-year interest rate used to assess homebuyers’ mortgage eligibility, together with lower home prices in some markets, means that some previously sidelined homebuyers have returned,” said Gregory Klump, CREA’s chief economist. “Even so, the mortgage stress-test will continue to limit homebuyers’ access to mortgage financing, with the degree to which it further weighs on home sales activity continuing to vary by region.”

CREA also updated its forecasts. National home sales are now projected to recover to 482,000 units in 2019, representing a 5 per cent increase from the five-year low recorded in 2018. The upward revision of 19,000 transactions brings the overall level back to the 10-year average, but remains well below the annual record set in 2016, when almost 540,000 homes traded hands, CREA said.

--With assistance from Erik Hertzberg=