The battle for Kansas City Southern has been one worth fighting: CP Rail CEO

The Calgary-based railroad operator priced US$6.7 billion of U.S. dollar bonds in five parts, according to a person with knowledge of the matter. Separately, the company also sold $2.2 billion (US$1.74 billion) notes in two parts.

Canadian Pacific won a buyout war for Kansas City Southern in September, agreeing to acquire the U.S.-based railroad in a US$27 billion cash and stock transaction that will create the first railroad to operate in the U.S., Canada and Mexico. Both companies are scheduled hold shareholder meetings to vote on the merger agreement in early December.

The yield on the Bloomberg high-grade bond index rose to 2.33 per cent Tuesday. While that’s the highest since June 2020, it’s still around 70 basis points lower than five-year average. 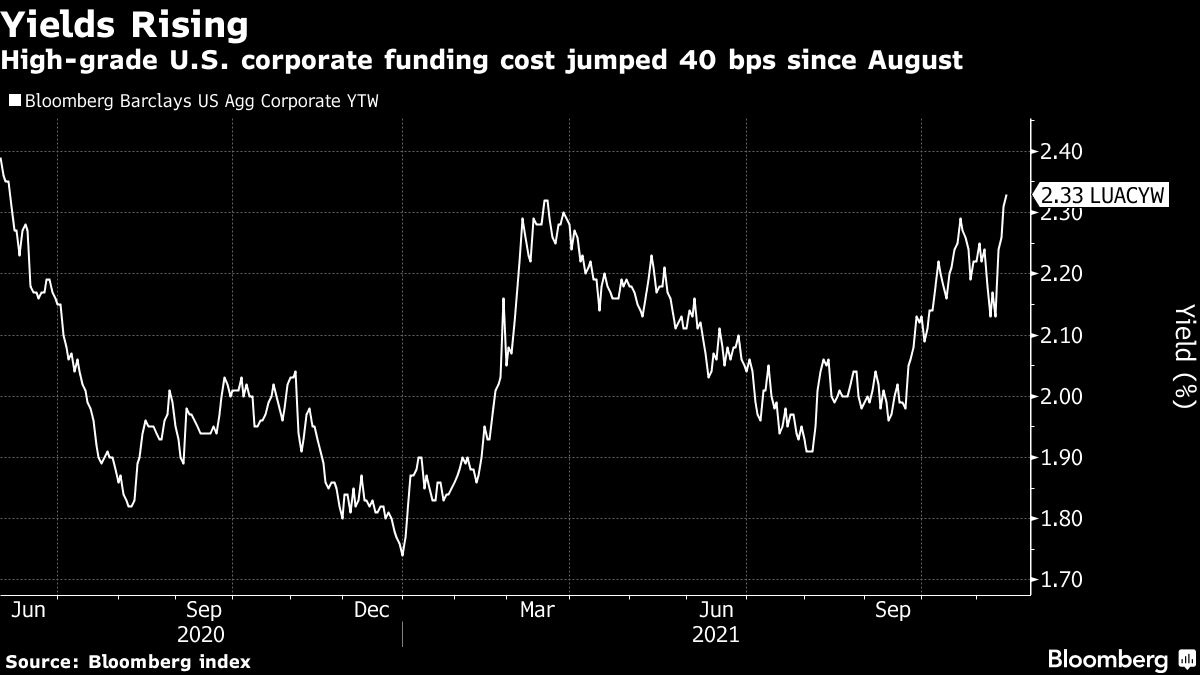 “It appears that market timing works well for them because current level of rates and tight spreads will keep their cost of capital quite low,” said Imran Chaudhry, senior portfolio manager for fixed income at Fiera Capital. “CP needs to raise money to pay the Kansas City Southern shareholders as soon as possible.”

The longest portion of the offerings, a 30-year U.S. dollar security, will yield 117 basis points above Treasuries, after initial price discussions in the 140 basis points area, said the person, who asked not to be identified as the details are private. Bank of Montreal and Goldman Sachs Group Inc. managed the transactions.