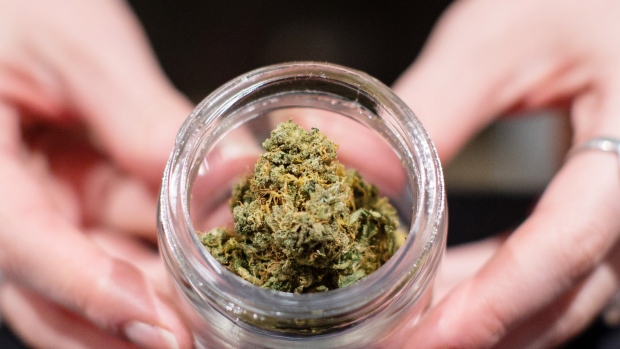 The Ontario Securities Commission has accused the former chief executive and two vice-presidents of a supposed upstart pot company that raised more than $10 million of defrauding its investors. It’s the first time the provincial regulator has claimed fraud in Canada’s burgeoning cannabis sector.

According to the detailed statement of allegations released late Friday afternoon, the scheme dates back to January 2014, when Benjamin Ward, Peter Strang and Silvio Serrano allegedly made numerous false statements about their not-yet-incorporated pot company, dubbed Canada Cannabis Corp. (CCC), in a briefing for prospective investors. Among the allegedly false claims, the company said it had acquired a 45-per-cent stake in a horticultural lighting firm named Growlite Canada.

Ward was CCC’s chief executive and a director; Strang and Serrano were vice-presidents and, according to the OSC, either directors or de facto directors of the firm.

The OSC said that between January 2014 and August 2016, CCC raised roughly $3.2 million and US$8.8 million from about 125 investors, almost half of whom were in Ontario. The regulator noted in its statement of allegations the cannabis industry has attracted some investors who “believe that they can earn a quick and profitable return from their investment.”

Meanwhile, the OSC said Ward, Strang and Serrano mapped out a plan to syphon investor funds to invest in Growlite and also make a loan to the firm, which was owned by Serrano. According to the allegations, the trio spent 20 minutes at a CCC board meeting on Jan. 19, 2014 negotiating the investment.

“At no point before during or after the meeting did [they] hire a valuator to determine the value of Growlite, address the conflict arising from investing in Serrano’s company, or conduct meaningful negotiations on the price,” stated the OSC, whose allegations have not yet been proven.

Less than a month later, the OSC claims Ward, Strang and Serrano reached a “handshake” agreement to use $1 million of CCC investor funds to purchase the 45-per-cent stake in Growlite, plus another $3 million was used for a loan to the lighting firm. The regulator also alleges the $4-million sum was transferred to Growlite before the loan agreement was signed.

The regulator claims that between February 2014 and August 2016, $2.7 million and US$224,000 was diverted from Growlite to Serrano, Strang, their families and entities they controlled.

“Ward, Strang and Serrano knew or ought to have known that using the loan for the benefit of Serrano and Strang, their families or companies controlled by them deprived CCC investors of the prospect of realizing growth opportunities in Growlite,” according to the provincial regulator.

“Additionally, at no point did [they] take any steps to protect CCC’s investment in Growlite."

The OSC said the loan agreement was eventually signed and dated March 31, 2014; however, the regulator alleges no interest payments were ever made and there was “no attempt to recover the loan,” which was eventually written off in April 2016.

Shortly thereafter, on May 9, Ward withdrew CCC’s two-year-old application for a medical marijuana licence without informing investors, the regulator alleges.

“By engaging in the conduct ... Ward, Strang, Serrano, and CCC raised millions of dollars using the Investor Brief, which contained untrue statements, and then placed investors’ capital at risk by diverting investor funds away from CCC for their own personal gain,” the OSC said, adding the accused "[left] behind a company depleted of all investor funds without ever having engaged in the cultivation or distribution of cannabis."

The regulator’s staff is seeking numerous enforcement actions, including cease-trade orders and financial penalties against Ward, Strang and Serrano; as well as barring them from serving as directors or executives of registered issuers.

A hearing on the matter is scheduled for Sept. 30.