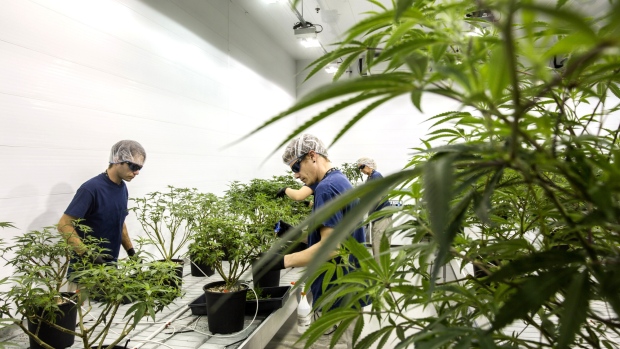 Marcato Capital Management, which owns about three per cent of U.S. cannabis operator Acreage Holdings, plans to vote against the company’s proposed deal with Canadian marijuana giant Canopy Growth, describing the unique tie-up as a “value destructive transaction and not in the best interests of shareholders.” Marcato Capital, which has US$438.3 million in disclosed holdings, said the US$3.4 billion valuation announced at the time is “substantially lower” than Acreage’s fair value based on the present value of the U.S. company’s future cash flows. Shareholders will decide on the deal in June while a circular to vote on the deal is expected to be distributed to Acreage shareholders in the next few weeks. An Acreage spokesperson told BNN Bloomberg the company remains confident the deal will happen despite some shareholders’ concerns.

Aleafia Health is the next Canadian cannabis company to plant its flag in Germany after announcing a joint venture with pharmaceutical wholesaler Acnos Pharma. The new venture will purchase Aleafia Health branded cannabis oils for distribution to German pharmacies and for clinical trial usage, according to a release. Aleafia’s medical-branded subsidiary Emblem Cannabis has a 60 per cent stake in the venture, while Acnos owns the remaining 40 per cent. The new company will likely leverage Acnos’ access to 110 distribution centres and 20,000 pharmacies in Germany as well as broad reach throughout the continent. The German medical cannabis market is expected to produce revenues of $5 billion in 2025 for cannabis producers, according to a recent report by BMO Capital Markets.

Thanks to CBD popularity boom, some Canadian retailers are running out of the extract

It appears some Canadian cannabis producers may have underestimated the popularity of cannabidiol or CBD, a non-intoxicating extract in the marijuana plant, in the Canadian market. The Canadian Press reports that when many licensed producers were preparing for legalization last year, they assumed most of the demand was going to be for cannabis high in THC and didn’t stock up as much on CBD. The cannabidol gained popularity following the 2018 U.S. Farm Bill as well as Kim Kardashian West recently posted on Instagram about her “CBD baby shower,” Now, some retailers – including the Nova Scotia Liquor Corp. – have not been able to consistently carry pure CBD oil due to the national shortage. Supply is expected to increase in the second half of 2019 as expansions come online and more producers receive licences to enter the marketplace.

If you can’t find any CBD in Canada, you might try looking in China instead. The New York Times reports that two of China’s 34 regions are quietly leading a boom in cultivating cannabis to produce cannabidiol despite not being authorized for consumption in the country. Chinese companies take the cannabis and extract CBD which is then marketed abroad in oils, sprays and balms as treatment for insomnia, acne and even diseases like diabetes and multiple sclerosis. China permits the sale of hemp seeds and hemp oil and the use of CBD in cosmetics, but it has not yet approved cannabidiol for use in food and medicines. Meanwhile, regulators are clamping down on Chinese companies announcing cultivation plans, restricting trading on some of those stocks on Chinese exchanges.

“It would be a mistake for Coca-Cola to get into the marijuana-cannabis business.”

—Berkshire Hathaway’s Warren Buffett and Charlie Munger in an interview with Fox Business on the beverage company’s links to the cannabis industry. BNN Bloomberg reported last year Coca-Cola was in talks with Aurora Cannabis to develop cannabis-infused drinks.