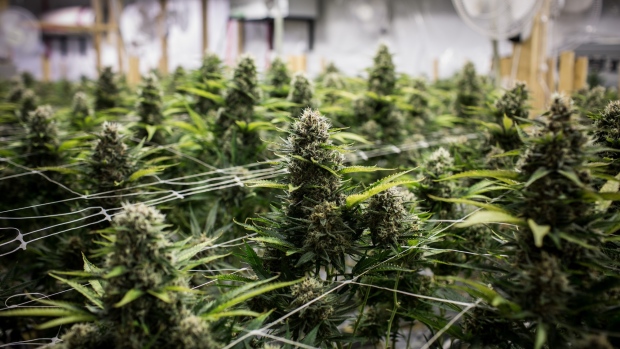 Cannabis plants grow at a craft grow operation outside of Nelson, British Columbia, Canada, on Thursday, Nov. 8, 2018. In the first major industrialized country to legalize recreational pot, this remote region illustrates the opportunities and challenges facing cannabis artisans: Can they develop their industry without selling out to the Toronto "suits" who increasingly dominate the trade? , Bloomberg

Cannabis retail sales up over 14% in July from prior month: StatsCan

Cannabis retail sales in Canada rose to about $104 million in July, according to Statistics Canada on Friday. It’s the first time that cannabis retail sales surpassed the $100 million mark since the government legalized cannabis in October. Canada's legal recreational cannabis industry has sold $676.4 million worth of pot in retail outlets in the first 10 months of legalization. As well, cannabis store sales jumped 14.3% in July from the prior month, one of the biggest one-month advances since legalization. Ontario and Alberta continued to drive sales in the country with both provinces reporting double-digit growth.

Delta 9 Cannabis said it plans to acquire two proposed cannabis stores owned by Modern Leaf Group in Alberta for $1.3 million, the company announced late Thursday. Once the deal closes sometime at the end of November, Delta 9 will have six stores operating in Western Canada. The company recently reported quarterly revenue of $8.9 million for the second quarter of 2019, up from just $715,000 in the same quarter a year earlier. The deal follows a recent wave of consolidation in the Canadian cannabis retail space including Tilray’s $100 million acquisition of Alberta cannabis retailer Four20’s existing six stores and 16 proposed Alberta locations.

U.S. House of Representatives to vote on cannabis banking bill next week

The U.S. House of Representatives plan to vote on a long-awaited bipartisan cannabis banking bill next week which could allow major U.S. banks to finally be able to provide financial services to companies involved in the legal marijuana industry. The Secure and Fair Enforcement (SAFE) Banking Act will need two-thirds of the House to support it for passage, and Marijuana Moment reports the vote will take place on Wednesday. Even if the House passes the bill, it’s still unclear whether it’ll pass the Republican-controlled Senate, the website reports.

$7.38
-- The price of a gram of cannabis in Canada, up 2.2 per cent from the prior week, according to the Cannabis Benchmark’s Canada Cannabis Spot Index. This equates to US$2,524 per pound at current exchange rates. 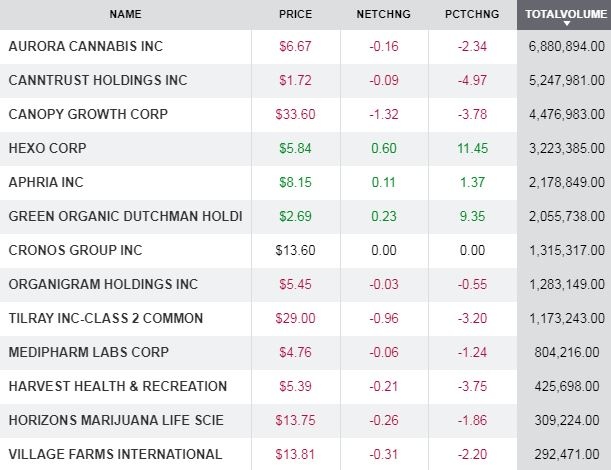