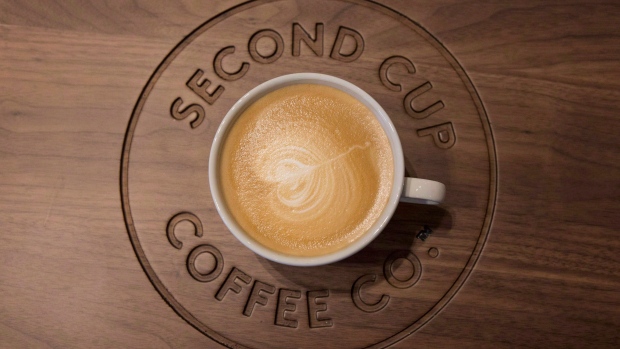 A cup of flat white coffee at a Second Cup Coffee outlet in Toronto on Thursday, December 4, 2014. After another tough quarter, Second Cup hopes coffee drinkers chasing their java fix will also get behind the company's new loyalty card this spring. , The Canadian Press/Chris Young

Second Cup's transition from coffee to cannabis is finally underway, with the parent company opening the doors to its first licensed pot store. Aegis Brands cut the ribbon to its Hemisphere Cannabis brand in Toronto on Friday, with plans to open another six stores in Ontario in the coming months. Aegis Brands CEO Steven Pelton told BNN Bloomberg in an interview that the company has identified up to 50 Second Cup locations in Ontario that could be converted to pot shops. He added that the company also has plans to do similar conversions across the country, with the exception of Alberta. Pelton said Second Cup's expertise in the retail space will help save costs that come with opening cannabis stores, adding that Aegis plans to operate consumption lounges if or when they become legal.

A local politician is looking to legalize cannabis in Nepal, potentially overturning a 1976 law that criminalized the cultivation, sale and consumption of pot, The Nepali Times reports. Former law minister and current MP Sher Bahadur Tamang told the Times that cannabis could emerge as a valuable cash crop in the country and bolster farmers who have been hard hit by the COVID-19 pandemic. The cannabis plant grows naturally in the Nepali wild, and has been used by the local population for medical purposes. A private bill introduced by Bahadur would form a 14-member board that would regulate commercial cannabis cultivation, its trade and sale. It is unknown when the bill would be voted on in Nepal's parliament or if it would become law.

Shares of The Green Organic Dutchman were modestly higher on Friday after the company announced that its Ancaster, Ont. production facility has obtained its European Union Good Manufacturing Practice certification. The EU-GMP certificate will allow the cannabis producer to export its product to be validated for the German medical marijuana market, the company said. Once TGOD's product is fully validated in Germany, the company will then be allowed to sell its offerings to the market, which the company said it anticipates sometime in 2021. Several Canadian cannabis players have already obtained EU-GMP certification, allowing them to tap the European medical marijuana market, one of the few regions in which the industry is expected to see significant growth in the coming years.

Horizons ETFs Management said it completed its quarterly rebalancing of its two cannabis ETFs on Friday, adding two new companies to its Marijuana Life Sciences Index ETF. Horizons said it added Agraflora Organics and cbdMD to its ETF, which is better known by its HMMJ ticker. Companies in the firm's ETFs typically have a market capitalization over $75 million, Horizons said. HMMJ is up about 15.6 per cent over the past three months, while its U.S. counterpart is up about 21.8 per cent over that same period. 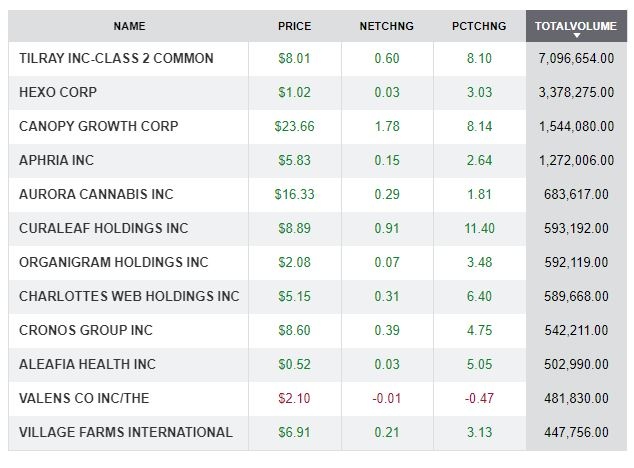