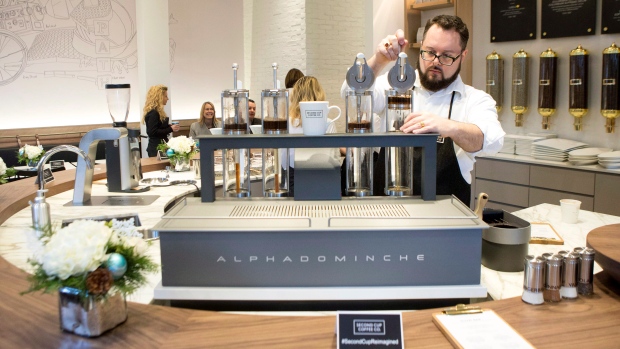 A general view of the 'slow bar' at a redesigned Second Cup Coffee outlet in Toronto on Thursday, December 4, 2014. , The Canadian Press

Coffee-turned-cannabis retailer Second Cup Ltd. saw a more-than-50-per-cent drop in café sales during the second quarter, which ended June 27. While the company is not abandoning the coffee game, as evidenced by its acquisition of Ottawa’s Bridgehead Coffee earlier this year, Aegis (Second Cup’s corporate re-brand) CEO Steve Pelton identified cannabis sales as a key value-driver in Friday’s quarterly report. In addition to opening its first store on July 10 under the Hemisphere Cannabis branding, the company also announced it is in the early stages of finding a partner for a planned CBD-infused beverage.

Calgary-based cannabis retailer High Tide Inc. announced Friday that it will open its Cana Cabana retail pot store on the main shopping street of Banff, Alta. next Wednesday, after receiving its licence from Alberta Gaming Liquor and Cannabis. “As one of only two locations on Banff Avenue, the Banff Store is a significant addition to the company’s retail portfolio,” High Tide President and CEO Raj Grover said in a release. The store will cater to the four million tourists who visit Banff year-round, and marks High Tide’s 28th location in Alberta and 37th retail store across Canada.

Ontario-based Tetra Bio-Pharma Inc. opened the Toronto Stock Exchange virtually Friday after graduating from the TSX Venture Exchange earlier in the week. The company’s common shares are listed under the symbol "TBP”.

Marijuana regulators in the state of Michigan issued a product recall after a worker at a processing facility allegedly licked some cannabis pre-rolls. The Michigan Regulatory Agency said Thursday it received a “confirmed complaint” the products were contaminated with human saliva at one of the state's cannabis processing plants. The recall currently covers more than 3,000 pre-rolls from 14 retail locations, according to Marijuana Business Daily. The regulator says an investigation is still ongoing. 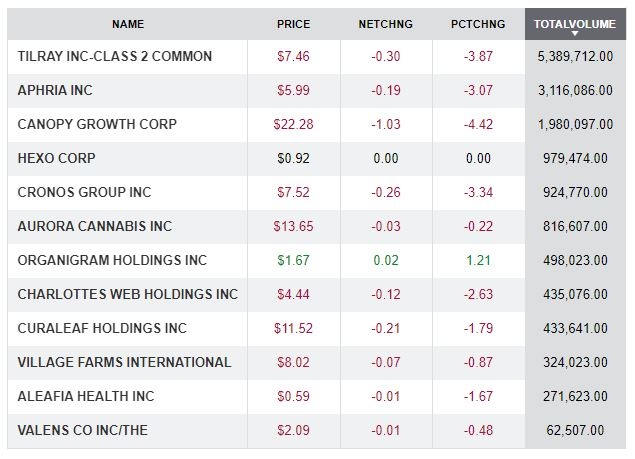