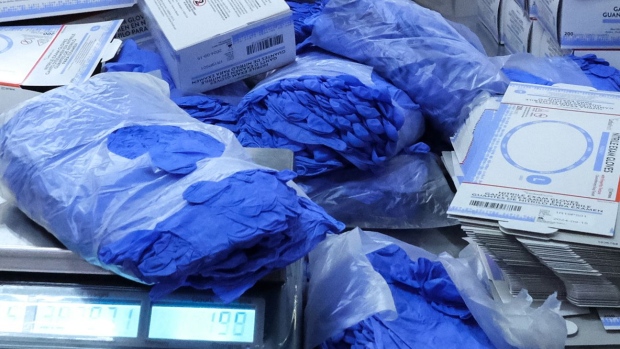 Employees pack latex gloves into boxes at a Top Glove Corp. factory in Setia Alam, Selangor, Malaysia, on Tuesday, Feb. 18, 2020. The worlds biggest glovemaker got a vote of confidence from investors in the credit market, as the coronavirus fuels demand for the Malaysian companys rubber products. The World Health Organization is taking an unprecedented step of negotiating directly with suppliers to improve access to gloves, face masks and other forms of protective equipment. Photographer: Bloomberg/Bloomberg , Photographer: Bloomberg/Bloomberg

With Canadian hospitals scrambling to source protective gear for healthcare workers fighting to contain COVID-19 outbreak, some licensed cannabis producers are helping out by donating excess supplies. Several major cannabis producers such as Canopy Growth and Hexo have provided hospitals with personal protection equipment (PPE) such as face masks, gloves, and bodysuits. Cannabis producers often use the same face masks and other PPE gear that hospital workers wear when entering plant growing rooms to help prevent plant contamination. Other cannabis producers contacted by BNN Bloomberg said they are in the process of donating their PPE supplies to medical facilities to help with the shortage.

It pays to be part of Ontario's cannabis business. According to the province's latest Sunshine List release, more than three-dozen people working in the cannabis space employed by the Ontario government made more than $100,000 a year. The Ontario Cannabis Store has the majority of those listed with 36 of the 39 people associated with the cannabis sector posted on the list, which was released late Friday. OCS chief commercial officer Cheri Mara was the top earner among her peers, making $241,284 in 2019.

Toronto-based Flowr Corp said late Monday the company is laying off about 70 of its staff, roughly 25 per cent of its workforce, in its latest effort to reduce costs to be cash flow positive by the second half of the year. The company said in a statement it will save $6 million in expenses as a result of the layoffs. Flowr also said in a move aimed at reducing costs, it will "delay further material investments" in shipping Cannabis 2.0 products, instead focusing on its traditional dried flower offerings.

U.S. hemp producer Charlotte's Web reported fourth quarter revenue of $22.8 million, while adusted EBITDA came in at a $10.2 million loss, both figures below analyst expectations. Charlotte's Web, which makes and distributes CBD products in the U.S., reported a $14 million inventory provision attributed to a decline in oil tincture products and reduced its forecast for its 2020 financials amid regulatory uncertainty and concerns from COVID-19. The company still expects sales to rise between 10 per cent to 20 per cent in the next year. Earlier, the company announced it retained J.P. Morgan for a $10 million line of credit as well as for general commercial banking services. 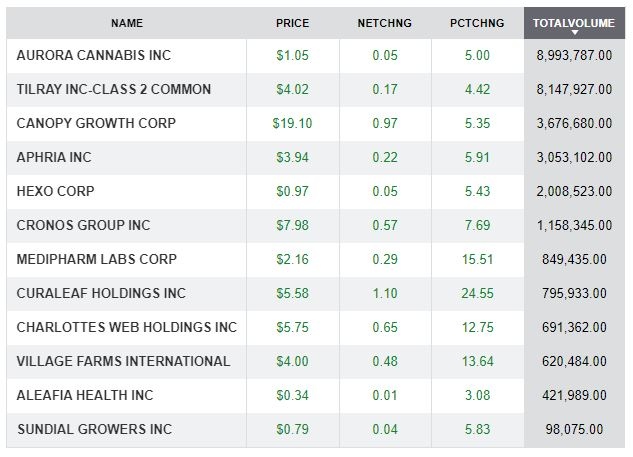