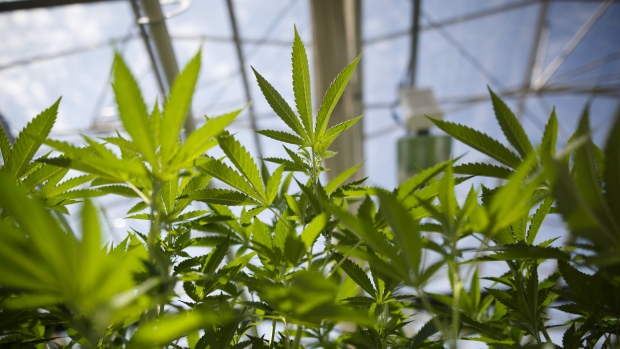 Cannabis plants grow in a greenhouse at the CannTrust Holdings Inc. , Bloomberg

A group of big U.S. banks is leading a cannabis equity offering for the first time and investors aren’t loving the result.

CannTrust Holdings Inc. shares (CTST.N) tumbled as much as 14 per cent in New York Thursday to the lowest since early January. That marks the sixth consecutive day of declines for the pot stock, the longest losing streak since October.

Bank of America Merrill Lynch, Citigroup, Credit Suisse Securities and RBC Capital Markets are the lead book runners for the offering, which will raise US$170 million before expenses. This marks the first time a major U.S. bank has led an equity offering in the pot space. Bank of America previously led Tilray Inc.’s US$400 million convertible debt offering last year.

The offering was simply too big for a company with a small market value, said Justin Ort, partner at Measure8 Venture Partners, which has shorted CannTrust stock.

Because of the book runners, investors assumed the offering “was going to price very tight and be placed very well,” Ort said in an interview. “As it turns out, a US$200 million offering on a US$650 million market cap is a lot to ask and investors demanded a big discount.”

CannTrust’s market value fell below US$600 million on Thursday.