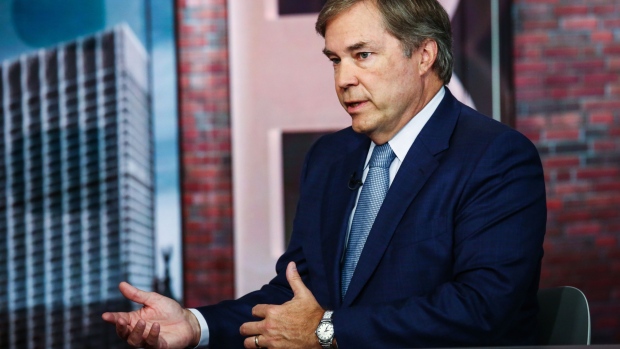 Food prices will likely stay elevated in 2022 as disruptions to the global supply chain are set to persist, according to the head of Cargill Inc., who highlighted labor shortages as one of the biggest risks facing the industry.

“I thought inflation in ags and food was transitory. I feel less so now because of continued shortages in labor markets,” MacLennan said in an interview at the Bloomberg New Economy Forum in Singapore. “That’s one of the inputs to the supply chain that we’re watching most carefully.” 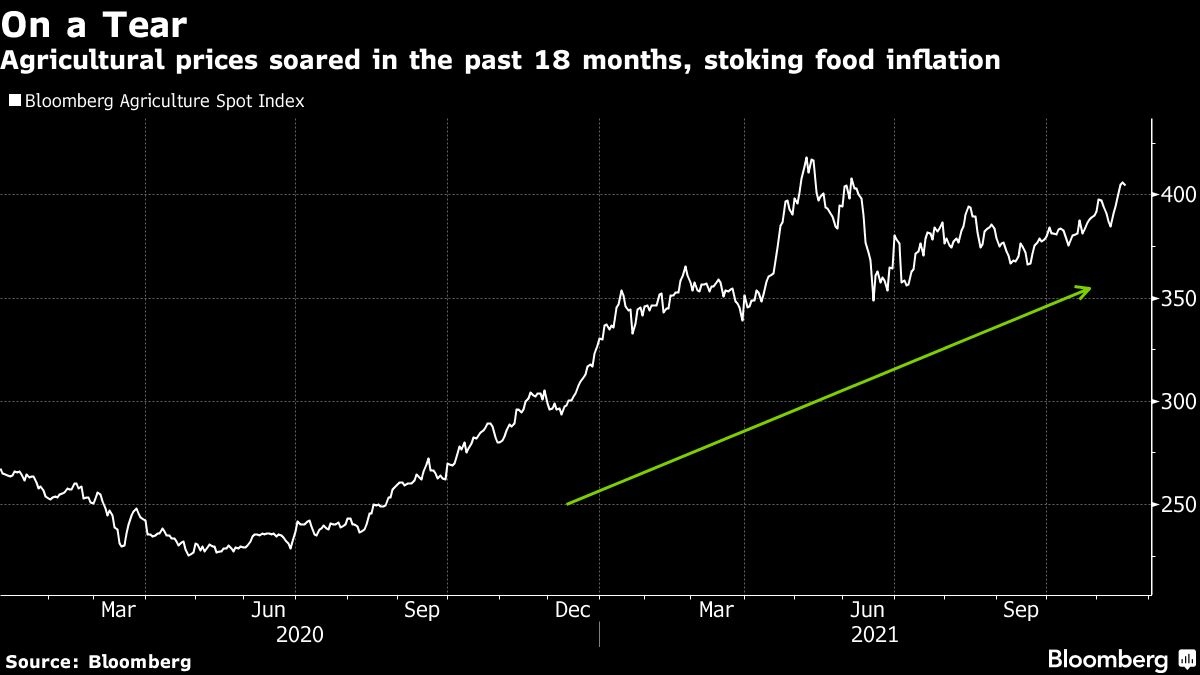 World food prices climbed to a decade high in October, threatening even higher grocery bills for households and potentially worsening global hunger. Whether it’s fruit pickers, meat processors, warehouse operators or port workers, the global food ecosystem is stressed due to a lack of staff.

Bad weather hit harvests this year, freight costs soared and labor shortages have roiled the food supply chain. Add to that an energy crisis that’s caused a dramatic surge in fertilizer bills for farmers all around the world.

MacLennan said in September that soaring food costs would prove transitory and should dissipate in time. Since then, the rally in energy prices and continued supply-chain snarls have made markets “a lot tighter,” he said.

“When you have limited supply, that can lead to higher prices,” MacLennan said. However, he noted that China hasn’t been buying crops as aggressively as it did last year, while North American harvests are robust. “That takes some pressure off the system.”

A search for greener airplane fuel and biodiesel is also pitting food against energy production, leading to tighter edible oil supplies. Prices for palm oil, the world’s most consumed vegetable oil, have soared about 50 per cent in the past year, while soybean oil is up 60 per cent. Canola, also used to make oil, is near a record.

The food-versus-fuel tension will become more intense than it’s ever been in the last 15 years, MacLennan said. The day will come when more agricultural products will be used for energy than food, so it will be incumbent upon the farmers of the world to innovate and become more productive, he added.