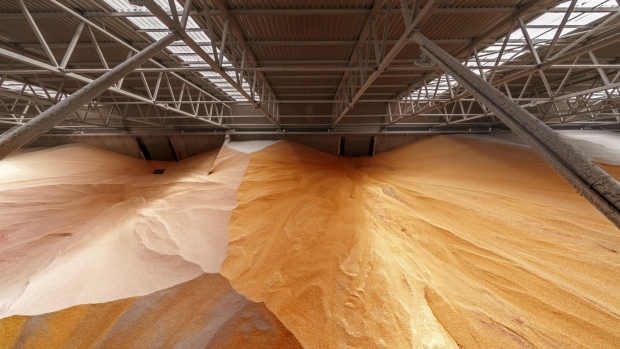 Corn stores sit inside a storage silo at the new grain terminal, operated by Cargill Inc. and M.V. Cargo, at Yuzhny Port in Yuzhny, Ukraine, on Tuesday, Nov. 13, 2018. Top commodity traders including Cargill and Bunge Ltd. are investing heavily in Ukraine ports as record harvests in the fourth-biggest exporter of grains make the nation increasingly competitive in world markets. , Bloomberg

Cargill Inc., the top privately owned company in America, paid its family owners a record dividend in its 2020 fiscal year after profit surged on the back of volatile agricultural markets.

The company reported net income of US$3 billion in its fiscal year through May, up 17 per cent from the previous year and its fourth-highest ever, according to audited accounts reviewed by Bloomberg News. Cargill, the world’s largest agricultural commodity trader, broke with a two-decade tradition earlier this year and stopped releasing its results publicly. Still, the company shares financial results with its bankers and others.

Alongside its peers, Cargill has been able to make money from volatile markets buffeted by the impact of the U.S.-China trade war and the coronavirus pandemic, plus profit from its long-term bet on animal protein, including beef packaging, fish and poultry.

With some 155,000 employees across 70 countries, Cargill is the “C” in the vaunted ABCDs of the agriculture world, for the initials of Archer-Daniels-Midland Co., Bunge Ltd. and Louis Dreyfus Co., that have dominated grain trading for centuries.

As profits soared, the 125 family members that control Cargill Inc. got the biggest payout ever, with dividends to stockholders surging to $1.13 billion, up 76 per cent from $643 million the previous year. The accounts show the company declared a “special dividend” in 2019. It’s unclear whether the increased payment in fiscal year 2020 is linked to that special dividend. 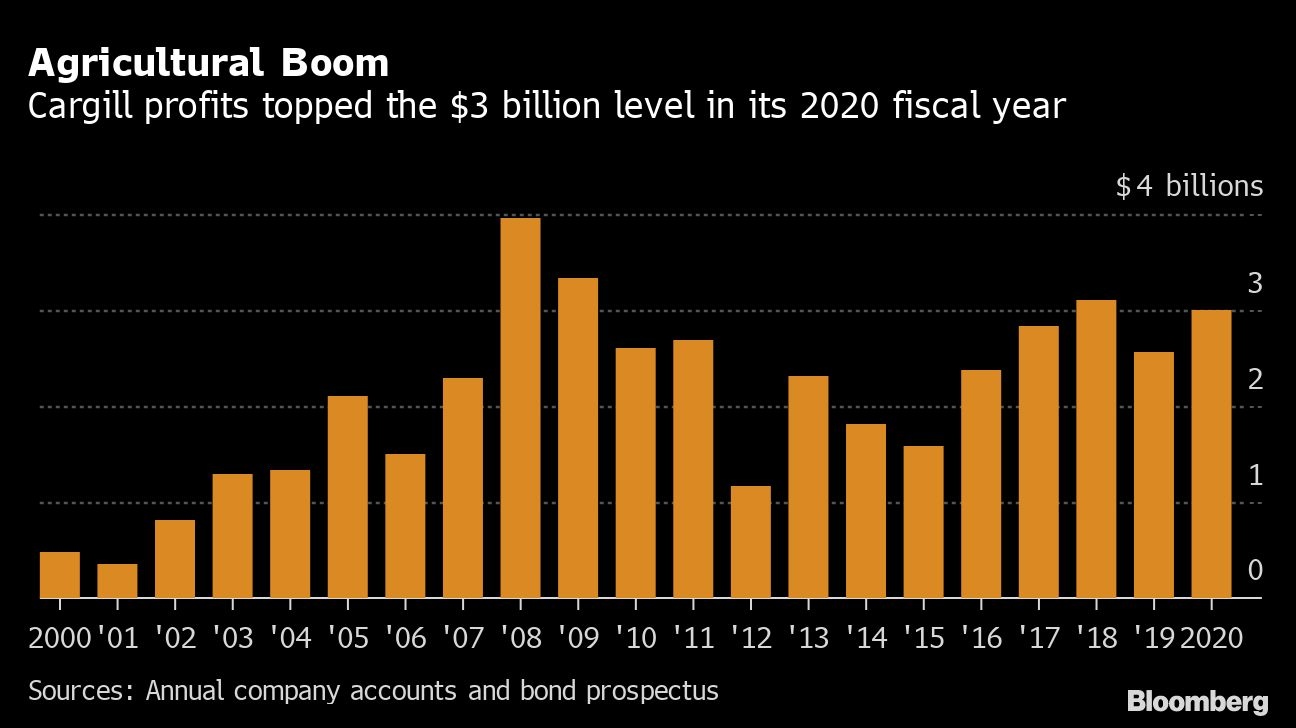 A Cargill spokesperson referred back to a statement issued earlier in July in which the company only disclosed its revenue data, which matched the sales data contained in the accounts seen by Bloomberg News.

Cargill, which last year counted 14 billionaires among its ruling circle in one of the largest concentrations of wealth in any family-controlled business, is owned by the heirs of William Wallace Cargill, who founded the company more than 150 years ago. The families are split in two branches: the Cargills and the MacMillans. On top of the family owners, senior management and other employees control a small stake in the company and receive dividends.

The company has traditionally paid 20 per cent of its two-year rolling net profit as dividends, significantly less than the average S&P 500 company. However, the payouts in the fiscal year 2020 appear to be higher than the rule. The accounts don’t explain why Cargill declared a special dividend in 2019. Cargill referred back to its mid-July statement, in which the company said it reinvested “on average 80 per cent of our operating cash flow back into the company.”

The record dividend is likely to help the families continue resisting the temptation of taking Cargill public, as rivals did. However, with each new generation -- now in the seventh -- the stake of each shareholder gets thinner. At some large family-controlled businesses, that scenario has led to pressure for a sale or initial public offering that would provide a windfall for members.

Rival agribusiness giant Bunge, for example, went public in 2001, allowing its owners to sell a large chunk of their stake.﻿ Based on the price-to-earnings ratios of its publicly traded peers, Cargill could be worth between US$30 billion and US$40 billion. The company valued on its annual accounts its stockholders’ equity at US$32.5 billion, slightly lower than the previous year.

Cargill has only achieved net income above US$3 billion in three other periods, according to historical accounts compiled by Bloomberg News. Its profits surged above US$3 billion in 2008 and 2009 during the so-called food crisis, when the price of agricultural commodities climbed due to bad weather in several key regions, export restrictions and increased consumption from the U.S. ethanol industry.

It also posted profits above that level in 2018, benefiting from its expansion into meat. Over the last five years, the company has reported cumulative net profit of nearly US$13.9 billion, only trailing its golden period during the commodities super-cycle between 2007 and 2011, when profits surged to almost US$14.9 billion.

The COVID-19 outbreak heavily impacted its U.S. operations in early 2020, along with those of other meat suppliers. A wave of plants were forced to shut earlier this year after thousands of workers across the industry tested positive, snarling supply chains around the country.

The company disclosed on its accounts that it had fully written down the value of its palm oil business, taking a pretax charge of US$264 million. It blamed the impairment on the “expected long-term impact on the COVID-19 pandemic on crude palm oil prices.”