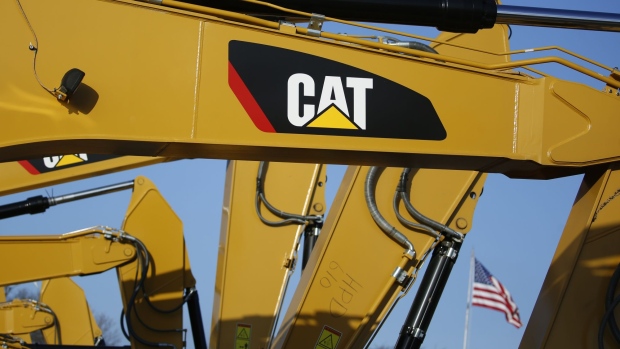 (Bloomberg) -- Caterpillar Inc. is having a tough time getting the materials it needs from suppliers facing a labor crunch, adding another hurdle for the machinery maker that’s already said a global chip shortfall may keep it from fully meeting demand this year.

Chief Executive Officer Jim Umpleby said its had some isolated labor shortages in its factories, but nothing significant for Caterpillar internally. The bigger issue is that many of its suppliers face a lack of workers, adding to already increasing lag times for delivery.

“It’s been more of an issue for a number of our suppliers who’ve had more trouble with labor than we have, but clearly labor is tight, there’s no question about it,” Umpleby said during an interview in Las Vegas.

Union Pacific Corp.’s CEO recently said labor shortage are likely to fuel cargo congestion into next year. Those concerns pose a further risk of supply-chain snags after Caterpillar said in April that a dearth of semiconductors could hurt equipment deliveries this year.

Umpleby said the company has added U.S. jobs during the recovery from the pandemic, and is hiring across the globe. He also said that it’s focused on offering competitive pay. When asked if the company is increasing wages or extending benefits, Umpleby said it is, without providing specifics.

Deerfield, Illinois-based Caterpillar will continue to offset rising raw material costs by increasing prices on its equipment, Umpleby said. In response to a question about whether the company is considering getting more of its materials from domestic suppliers, Umpleby said it continuously explores options in adjusting sourcing, but declined to say whether they’re committing to more U.S.-based producers.