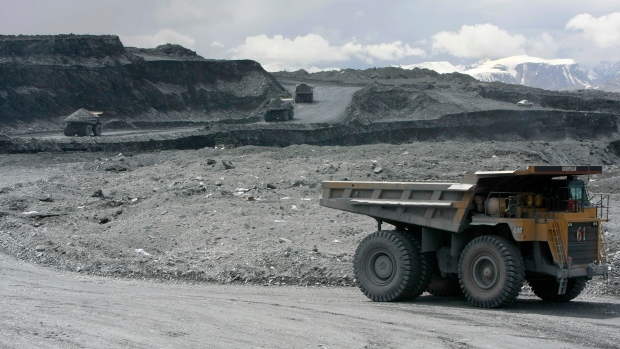 Centerra Gold Inc. plunged Friday, with shares losing nearly a third of their value, on concerns the miner is on a collision course with Kyrgyzstan over the ownership of its flagship Kumtor Mine.

In a release Friday, Centerra said it had become aware of a law passed by the Central Asian nation’s parliament that could allow the country to install “external management” on companies operating in the Kyrgyz Republic under concession agreements, if the state deems the project could pose an immediate threat to human health or life. The legislation awaits presidential approval.

Centerra’s local subsidiary, Kumtor Gold Company (KGC) is the only operation in the country that would fall under the criteria outlined by the new law. The new law’s sponsor is Akylbek Japarov, who also heads up the state commission responsible for reviewing the activities of the Kumtor Mine. That report is expected to be delivered sometime in the near future.

The Kumtor mine is the most important single project in the country, accounting for 12.5 per cent of Kyrgyzstani gross domestic product in 2020 and nearly a quarter of its overall industrial output. The company is the largest non-state employer in the country and the largest individual taxpayer.

The operation has been a flashpoint in the country. President Sadyr Japarov, who came to power in the wake of violent unrest last October, campaigned on a plan to nationalize the mine. He has since softened his stance, saying he no longer considered that move necessary.

The external management legislation is far from the only thorny issue Centerra is facing in Kyrgyzstan. A civil claim has been brought forward by four Kyrgyzstanis who seek more than US$3 billion to address environmental damages. A similar claim was dismissed by an earlier government.

Centerra said its environmental practices have been audited by AMEC Foster Wheeler, a British-based engineering consultancy, and deemed to meet international best practices. Any recommendations from the consultancy have been fully implemented, Centerra said.

An additional US$170 million worth of tax claims have also been put forward by the government. It remains unclear if that tax claim has merit under the 2009 Kumtor Agreement between the miner and the Kyrgyz government, as that deal exempted dividend payments from the KGC subsidiary to parent Centerra from taxes.

While Centerra has navigated political turmoil in the central Asian nation in the past, Scotiabank Analyst Trevor Turnbull cautioned investors that a quick resolution of the latest dispute appears unlikely. In a note to clients Friday, Turnbull said the latest battle could disrupt Centerra’s ability to fully take advantage of the current strength in gold prices.

“We note that previous political crises have been resolved with Centerra able to continue operating Kumtor profitably. However, they usually take an extended period of negotiations spanning months to years that impede Centerra's ability to participate fully in its gold price leverage,” he said. “We would be cautious buying the dip as resolution is uncertain and in our opinion unlikely to be rapid.”

The Kumtor Mine is the largest of Centerra’s three operating sites, producing 556,000 ounces of gold in 2020. The company also owns the Mount Milligan Mine in British Columbia and the Öksüt Mine in Turkey.