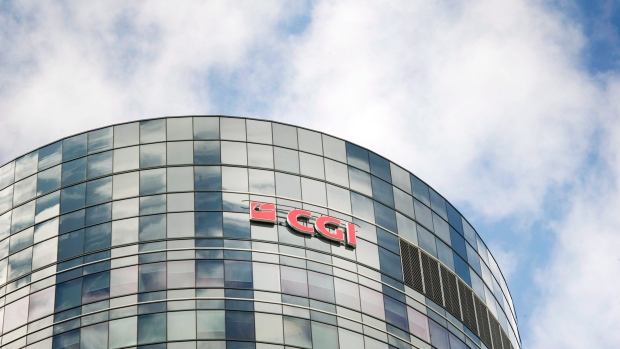 The CGI headquarter is seen Thursday, May 31, 2012 in Montreal. , THE CANADIAN PRESS/Paul Chiasson

MONTREAL -- The possibility of another U.S. government shutdown isn't worrying CGI Inc. as the Quebec-based information technology company begins its strategic plan to double its size within five to seven years.

Earlier this week, President Donald Trump, who faces an impeachment investigation, wouldn't commit to maintaining the federal government's activities beyond an end-November deadline for a funding agreement.

That could result in another shutdown of the U.S. federal government.

The U.S. was hit by a 35-day shutdown that began in December last year that saw government employees go without pay.

"I remind you that most of our work (with the federal government) is considered essential," CGI president and CEO Georges Schindler said Wednesday during a conference call to discuss fiscal fourth-quarter results.

"When a government suspends its activities, that does not mean that everyone stops working."

The United States accounted for 28 per cent of the Montreal technology and consulting firm's $12.1 billion in revenues for the year ended Sept. 30. Revenue attributable to the U.S. federal government amounted to $1.62 billion.

"It is not clear that this (the paralysis of the government) is likely, but it is difficult to determine what is likely in politics," said Schindler in response to an analyst's question. "During previous closures, the (negative) impact on our business has been very small. "

CGI said on a constant currency basis revenue grew 7.7 per cent as foreign exchange fluctuations shaved $56.3 million from its sales.

Organic revenue growth excluding acquisitions was about 4.4 per cent, up from 3.6 per cent in the same quarter last year, analyst Maher Yaghi of Desjardins Capital Markets wrote in a report.

"This acceleration is encouraging, in our opinion."

The company announced that it will close its service centre in Brazil which employs about 400 people. The office was acquired in the wake of the purchase of Logica in 2012.

When asked, Schindler said CGI was moving away from Latin America to focus more on Europe.

"Given the risks and decreasing demand ... and because of the opportunities elsewhere in Europe, we made this decision," he added.

At the end of September, the order backlog for CGI, which has 77,500 employees around the world, totalled $22.61 billion, compared with $22.57 billion at the end of the previous financial year.