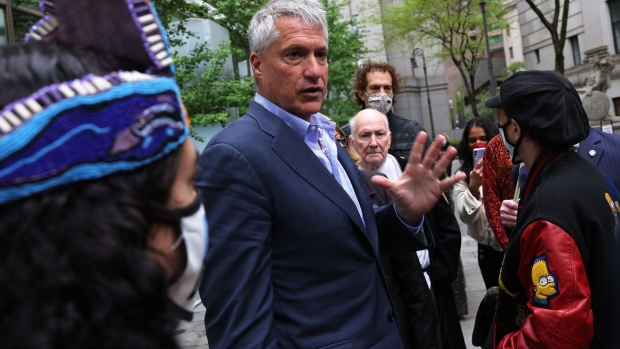 (Bloomberg) -- A disbarred lawyer who won an $8.6 billion judgment against Chevron Corp. over alleged contamination of the Amazon rainforest was found guilty of criminal contempt.

The former attorney, Steven Donziger, won the judgment against the energy company in 2011 from an Ecuadorian court on behalf of a group including indigenous people, supported in his crusade by celebrities including Roger Waters of Pink Floyd and the actor Susan Sarandon.

In a subsequent civil racketeering lawsuit Chevron filed against Donziger in the U.S., a federal judge found the award had been achieved through fraud and bribery and blocked Donziger and his clients from collecting it. Donziger denied the allegations.

Donziger was charged with defying court orders, including to turn over evidence in the racketeering suit. On Monday, U.S. District Judge Loretta Preska found him guilty of all six misdemeanor contempt charges against him. He faces a sentence as long as six months in jail.

“The decision will be reversed” on appeal, Martin Garbus, a lawyer for Donziger, said in an email. “She has criminalized a civil case,” he said, referring to the judge.

Chevron didn’t immediately respond to an email seeking comment on the ruling.