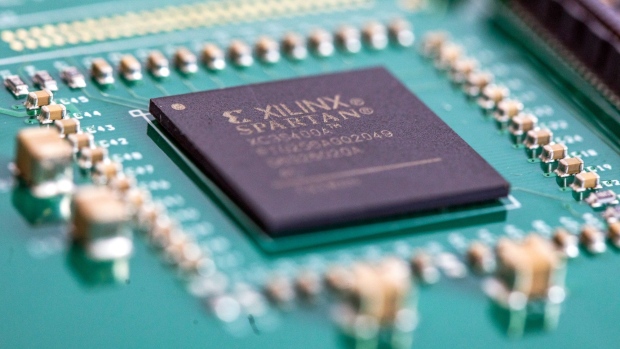 (Bloomberg) -- Chinese regulators have granted approval for Advanced Micro Devices Inc. to buy Xilinx Inc., clearing the way for one of the largest deals to emerge from the global semiconductor industry.

The State Administration for Market Regulation has cleared the deal with certain conditions, the antitrust watchdog said in a statement. Those include an obligation to work with and support local Chinese partners, the agency said. The deal had already won the blessing of regulators in the U.S., Europe, and U.K., among other jurisdictions.

Xilinx’s shares gained more than 6% in pre-market trading in New York. AMD, which competes with Intel Corp. and Nvidia Corp. in making computer and graphics processors, unveiled the deal in 2020. Chief Executive Officer Lisa Su’s signature deal was intended at the time to help AMD re-double efforts to challenge arch-foe Intel for the lead in chips.

Buying Xilinx, a maker of programmable silicon, will take AMD into areas such as automotive and communications networking, while bolstering its offerings in the lucrative market for cloud data center components.