China is moving toward cutting its trade-war tariffs on imported U.S.-made cars, a step already brandished by President Donald Trump as a concession won during trade talks in Argentina.

A proposal to reduce tariffs on cars made in the U.S. to 15 per cent from the current 40 per cent has been submitted to China’s Cabinet to be reviewed in the coming days, according to people familiar with the matter.

The step hasn’t been finalized and could still change. Top Chinese and American trade officials spoke by phone Tuesday morning Beijing time, signaling that dialog between the two nations on trade issues is at least continuing despite a diplomatic row over the arrest of a senior Chinese businesswoman.

In July, China had boosted the tariff on American-made cars to 40 percent as part of retaliatory measures against the U.S. Following a summit on trade in Buenos Aires earlier this month, Trump jolted global auto stocks with a tweet that China agreed to “reduce and remove” tariffs on imported American-made cars, something China did not confirm at the time. 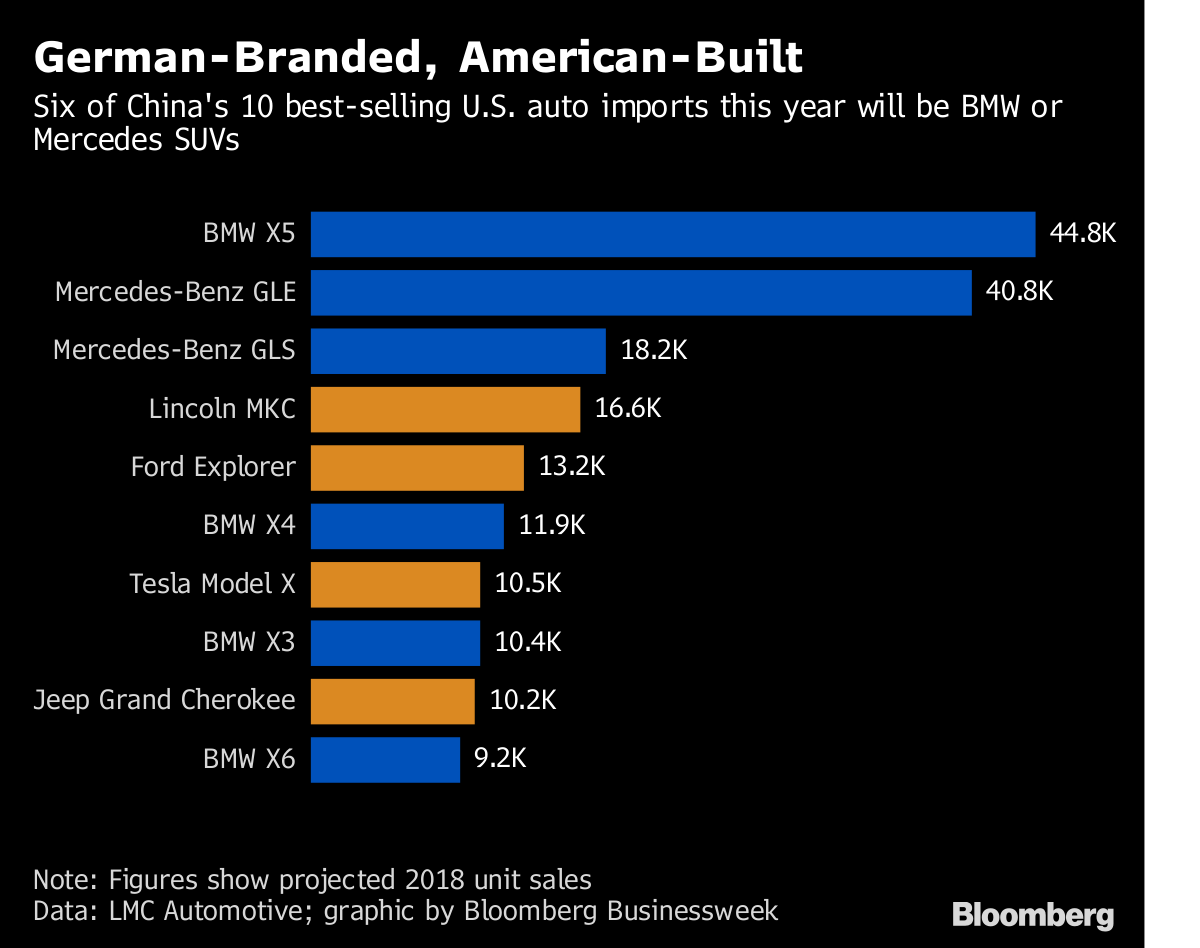 Trump’s tweet came shortly after he agreed with Xi to a truce in the trade war during a meeting at the Group of 20 summit in Argentina.

The trade war has taken a toll on car companies that manufacture in the U.S., with the makers of Mercedes-Benz and its rival BMW both warning of lower profits this year as tariffs forced them to hike prices in China. Car sales in the world’s second-biggest economy declined for a sixth consecutive month in November, bringing the market closer to its first annual drop in at least two decades. That’s piled pressure on auto companies that have relied on the country for growth amid declining car sales in the U.S.

The tariff reduction benefits Daimler and BMW more than U.S. automakers such as General Motors Co. or Ford Motor Co. That’s because the German luxury brands dominate the top 10 list of vehicle imports into China.

Longer-term, China has a lot to gain from free trade in autos as Chinese manufacturers such as Guangzhou Automobile Group Co. and Geely Automobile Holdings Ltd. look to move overseas. The U.S. currently charges a 27.5 per cent tax on imported cars from China.

McCreath: China's move to reduce U.S. auto tariffs is 'lipstick on a pig'

BNN Bloomberg Commentator Andrew McCreath says China's plan to cut tariffs on cars imported from the U.S. is merely a reversal of its retaliatory move back in July, when it increased tariffs on U.S. cars from 15 per cent to 40 per cent. He also comments on Enbridge raising its dividend for 2019 and confirming an incremental increase in oil pipeline capacity.

Of China’s US$51 billion of vehicle imports in 2017, about US$13.5 billion came from North America, including sales of models made there by non-U.S. manufacturers like BMW. China imported 280,208 vehicles, or 10 per cent of total imported cars, from the U.S. last year, according to China’s Passenger Car Association.

U.S. exports of cars and light trucks to China were worth US$9.5 billion in 2017 and have dropped off significantly since China imposed its retaliatory tariffs over the summer that gave exporters in Europe and Japan a significant advantage.

For Tesla, a tariff cut will provide a boon until the company sets up local production. The Palo Alto, California-based carmaker has been working with Shanghai’s government on establishing a factory to assemble cars in China.

Foreign carmakers have long pleaded for freer access to China’s auto market, while its own manufacturers are trying to expand abroad. In April, China announced a timetable to permit foreign automakers to own more than 50 per cent of local carmaking ventures.

--With assistance from Ville Heiskanen