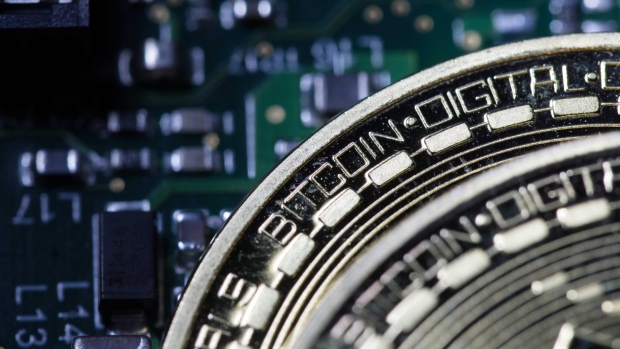 Two coins representing Bitcoin cryptocurrency sit on a computer circuit board in this arranged photograph in London, U.K. , Bloomberg

The National Development Reform Commission, the country’s powerful economic planner, this week listed crypto-mining among a plethora of industries it intends to eliminate because they “seriously wasted resources” or polluted the environment. The agency is seeking public feedback on the guidelines and indicated that the crypto-mining ban could take effect as soon as they’re formally issued. The consultation period ends on May 7.

While China was once home to about 70 percent of Bitcoin mining and 90 percent of trades, authorities have waged a nearly two-year campaign to shrink the crypto industry amid concerns over speculative bubbles, fraud and wasteful energy consumption. 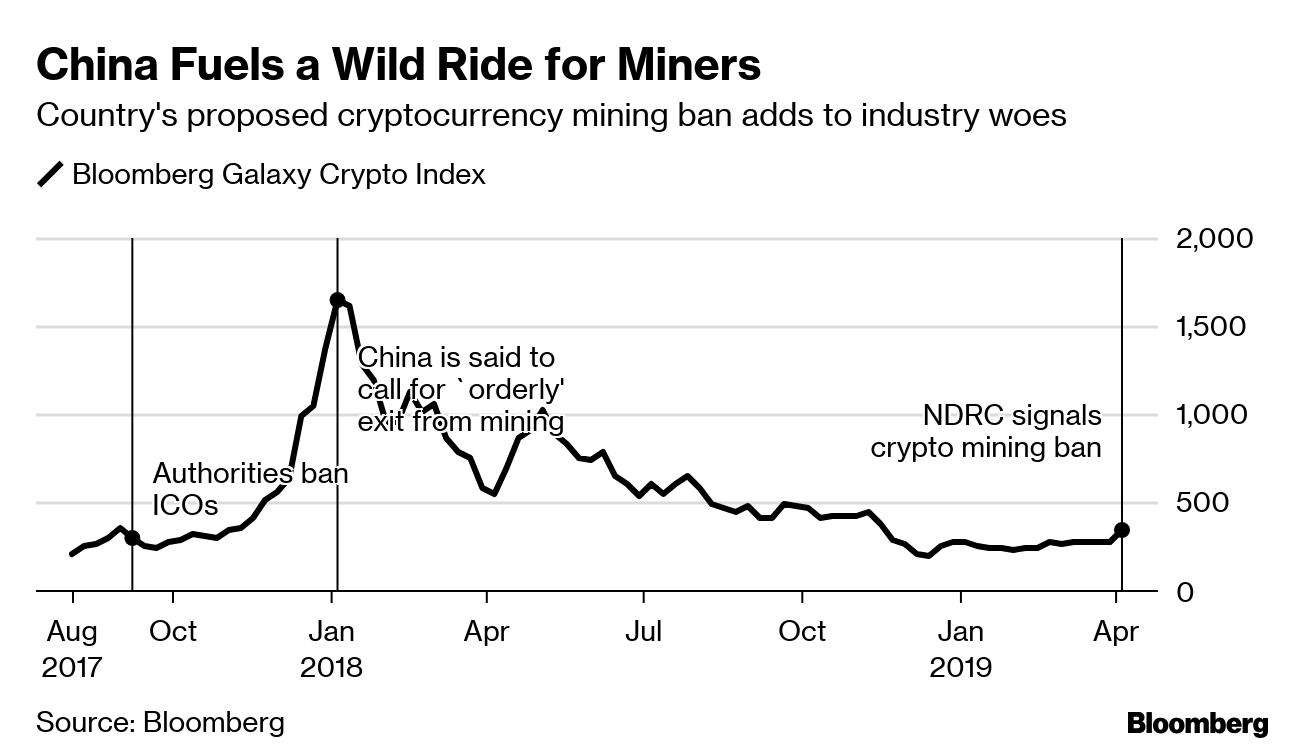 After banning initial coin offerings and calling on local exchanges to halt virtual currency trading in 2017, Chinese officials outlined proposals in 2018 to discourage crypto mining -- the computing process that makes transactions with virtual currencies possible but consumes vast amounts of power. Beijing was said to have asked local agencies at the time to try and push miners out of business.

The industry, which was initially drawn to China’s inexpensive electricity, local chipmaking factories and cheap labor, has begun shifting overseas. Market leader Bitmain Technologies Ltd. -- which in March allowed its application for a Hong Kong initial public offering to lapse -- has established mining operations in the U.S. and Canada. BTC.Top, the third-biggest mining pool, said last year it was opening a facility in Canada.

Taiwan Semiconductor Manufacturing Co. and Nvidia Corp. are among listed chipmakers that supply crypto miners in China and around the world.

--With assistance from Lulu Shen.