China’s economy slowed more than expected in July, adding to signs that the global recovery is coming under pressure as the delta virus variant snarls supply chains and undermines consumer confidence.

Retail sales were hit by tough new virus restrictions introduced toward the end of the month to contain fresh outbreaks. Flooding in central China and weak auto sales due to a chip shortage hurt manufacturing, while a slowing property market and environmental policies reduced output of steel and cement, hitting commodity demand.​ 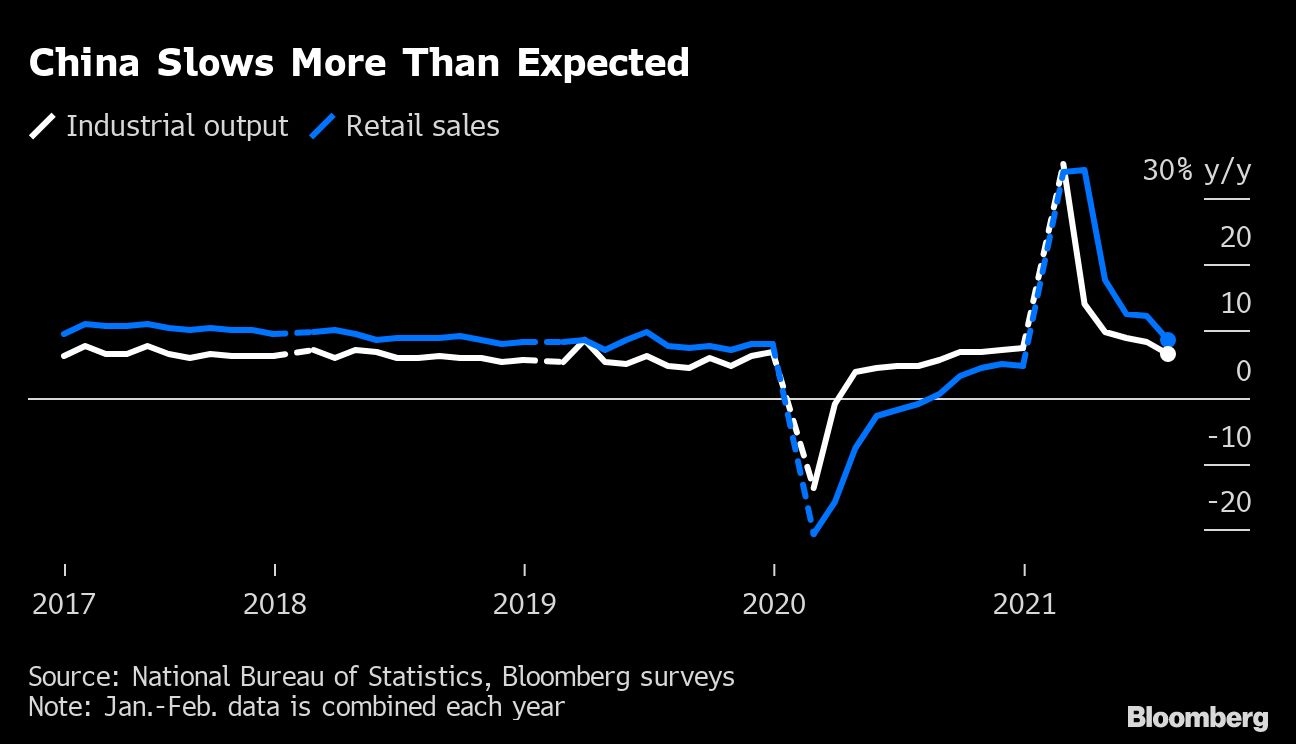 ​Alongside a slump in U.S. consumer confidence to an almost decade low and increasing supply chain pressures in southeast Asia, China’s data underlined the potential havoc the more contagious delta virus variant could have on the global recovery. A key container port in China was partially shut last week after a worker was infected there, disrupting trade at a time when businesses are ramping up for the Christmas holiday shopping season.

Using a two-year average growth to strip out the base effects caused by the pandemic, the data showed a notable slowdown in retail sales to 3.6 per cent in July. Industrial production was less affected by the consumer slowdown due to strong exports, growing 5.6 per cent by the two-year measure, down nearly one percentage point from the previous month. Growth in fixed asset investment was roughly stable. 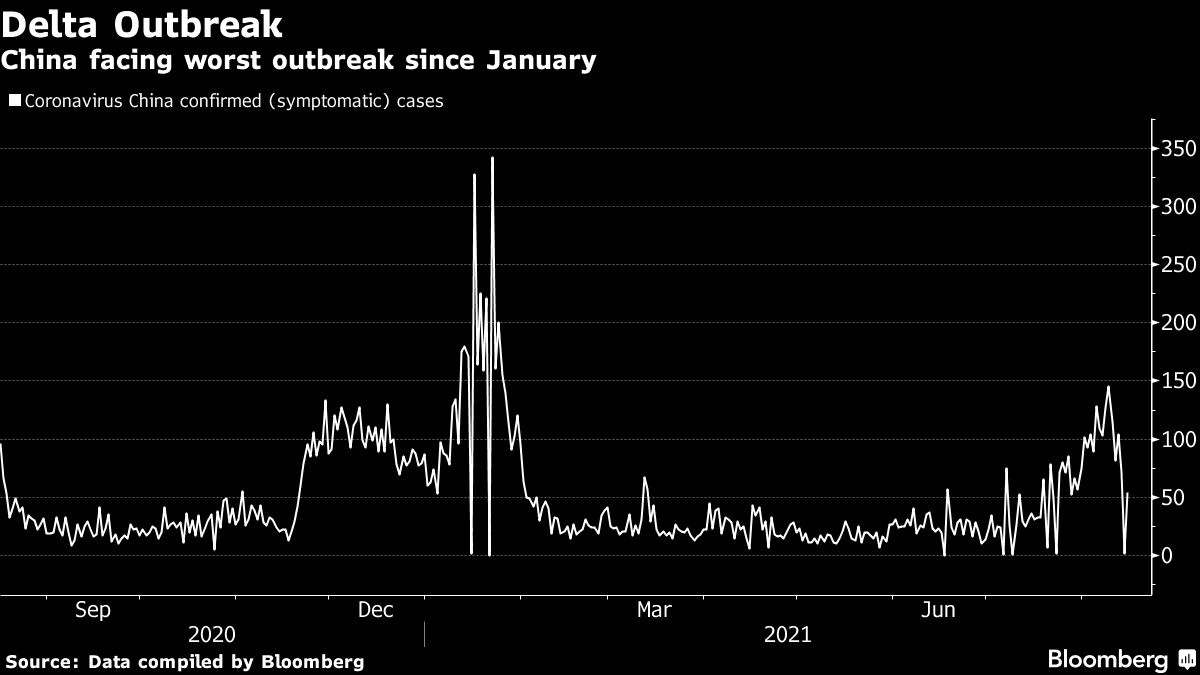 China’s outlook now depends on whether the COVID restrictions can be relaxed this month, and if Beijing will increase monetary and fiscal stimulus to prevent a sharper slowdown. The People’s Bank of China signaled a steady policy course on Monday, keeping its key interest rate unchanged while rolling over most of the policy loans coming due.

China’s benchmark 10-year bond yield rose one basis point to 2.89 per cent. The CSI 300 stock index rose as much as 0.6 per cent before paring gains later in the day.

The broad-based undershoot in China’s July activity does not mean the recovery is derailing. The weakness was centered in consumption, reflecting the blow from the delta variant outbreak. The impact on demand is likely to be even greater in August, even with signs that infections may be starting to peak. But the sudden loss of speed in production could be temporary.

An imported case of the delta variant began to spread from the eastern city of Nanjing in July, causing authorities to close tourist sites, cancel cultural events and flights during the summer vacation period to contain outbreaks. Despite vaccinating more than half of its population, China’s ongoing tough COVID elimination policy is hitting consumption: spending in restaurants fell more than 4 per cent in July from the previous month.

The government’s aggressive COVID strategy could prove economically costly. Financial institutions like Nomura Holdings Inc., Goldman Sachs Group Inc. and JPMorgan Chase & Co. have already cut their growth projections for the third quarter and full year. Even with those revisions, Beijing will be on course to meet its relatively modest full-year growth target of above 6 per cent.

The production figures also reflect the impact of Beijing’s tightening regulations to curb pollution and property market risks. Steel production plunged in July to a 15-month low, according to Bloomberg calculations, as the industry begins to make good on a pledge to reduce output below last year’s record levels to restrain emissions.

Factories faced other constraints in July, including disruptions from floods in the province of Henan, and a continued shortage of computer chips which caused a fourth consecutive month of falling car production.

“We are seeing the stacked effect of China’s de-carbonization efforts and uncertainty from COVID and global chip shortage,” said Tommy Xie, head of Greater China research at Oversea-Chinese Banking Corp.

Fu Linghui, a spokesman for the National Bureau of Statistics said China will maintain a “stable recovery” in the second half of the year, with the main indicators staying “within a reasonable range.”

Policy support in the second half is expected to be mainly on the fiscal side, with the cental bank likely to inject cash into the banking system to help banks absorb local government bonds. The ruling Communist Party’s elite Politburo last month set out economic priorities for the second half of the year, pledging stronger local government investment.

“We continue to expect a notable growth slowdown in the second half as Beijing leaves little space for dialing back its unprecedented tightening measures on the property sector,” said Lu Ting, chief China economist at Nomura Holdings Inc.

Lu doesn’t expect the People’s Bank of China to cut interest rates this year, and sees a below-50 per cent chance of another reduction this year in the amount of money banks have to keep in reserve.