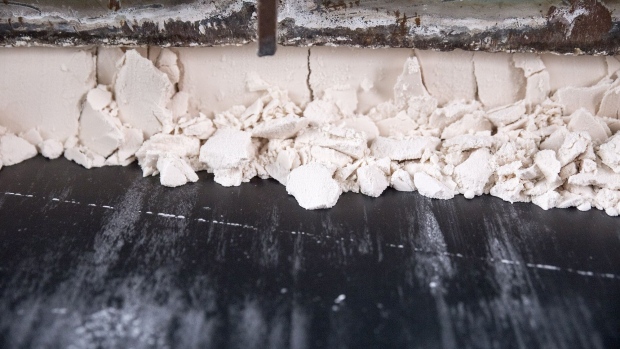 (Bloomberg) -- China’s exports of metals surged to multi-year highs as demand at home languished and global supplies tightened, with shipments of an aluminum feedstock spiking to plug a shortfall in Russia.

China has already shipped out unusually large volumes of metals from aluminum, copper to zinc in March, amid global supply tightness that exacerbated in the wake of Russia’s invasion of Ukraine. Meanwhile, demand at home has taken a hit as the nation implements punishing lockdowns in major cities to stamp out Covid-19.

Traders told Bloomberg News earlier this month that China was ramping up sales of alumina to Russia, where United Co. Rusal International PJSC faces a shortfall of the raw material because of the war and sanctions. This isn’t the first time Rusal has looked to China for help fighting U.S. curbs. After the aluminum maker was directly sanctioned for a period in 2018, China’s shipments of alumina to Russia jumped.

Unwrought copper, copper products exports rose to 116,461 tons, up 53% from a year earlier to the highest level since May 2016.