Canadian production could rebound if oil reaches $40 in 2021: IEA's Birol

As China’s economy began to recover from coronavirus-induced stay-at-home orders in April, Victor Li took to the sky again.

The 31-year-old investment manager, who used to fly about 150 times a year, has flown from his home in Beijing to Shanghai four times since lockdowns were lifted and recently found himself on a local flight that was about 90 per cent full.

But while Li’s happy to be travelling again, he still can’t fly to Hong Kong for work, which he typically does around 10 times a year. He’s also missing quick getaways to Southeast Asian beaches, as well as holidays farther afield.

Li’s experience sums up the predicament of China’s aviation market and provides a glimpse of what’s likely to happen in other countries as well. While domestic flights have rebounded, the busy concourses don’t extend to the international terminals. And that portends a long and slow recovery for airlines, the refiners who produce jet fuel and, in turn, oil prices. 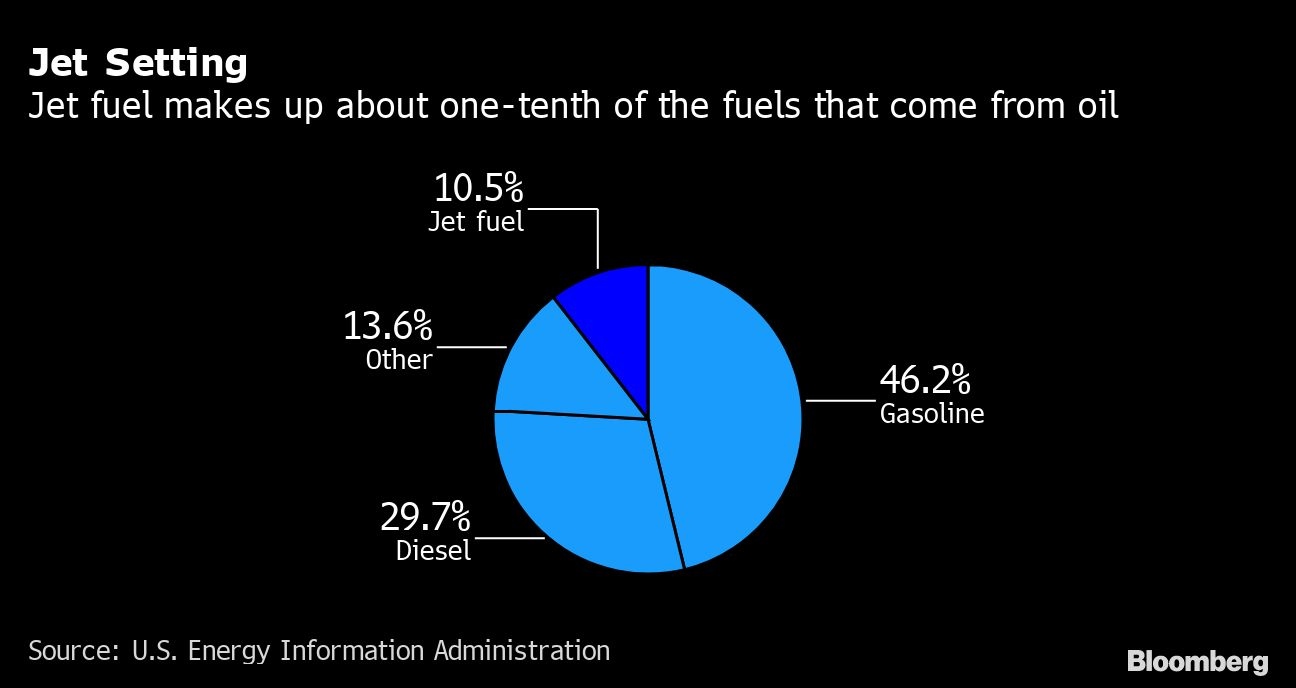 What the world’s largest national aviation market is experiencing is a warning sign for other countries emerging from lockdowns. While China’s domestic flight capacity on main routes has already recovered to within seven per cent of year-earlier levels, international capacity is still down by 95 per cent, according to Jefferies Group analyst Andrew Lee.

Even if countries can successfully reopen their economies, the cooperation needed to reboot international travel could lag years behind, while it’s uncertain if there will ever be a COVID-19 vaccine. The worsening relations between the U.S. and China — the world’s two largest economies — don’t bode well for the type of global coordination needed to hasten the recovery.

“The psychological hesitation of consumers and slow adoption of aviation industry policies to contain COVID-19 will be the biggest obstacles,” said Matthew Chew, associate director at energy consultancy IHS Markit. “Aviation leisure travel is by far the largest discretionary sector for consumers and will be severely hindered as the globe recovers from a recession.”

The uneven recovery in China has resulted in demand for jet fuel getting back to about 70 per cent of pre-virus levels, according to Beijing-based consultancy SIA Energy. Other aviation markets — in Europe, the Middle East and Southeast Asia — that don’t have the cushion of a large domestic base will struggle to get to that level. Joseph Gatdula, head of oil and gas analysis at Fitch Solutions, doesn’t expect global jet fuel consumption to fully recover until 2026.

To be sure, jet fuel typically accounts for just a fraction of the overall barrel of oil. Aviation fuel made up about 11 per cent of the production of U.S. refiners last year, compared to 46 per cent for gasoline and 30 per cent for diesel, Energy Information Administration data show. But prolonged weakness in one product could cause headaches for refiners as it adds to gluts of other fuels.

The easiest way to reduce jet fuel output is for refineries to split kerosene, the raw ingredient used to produce aviation fuel, into lighter and heavier streams, IHS Markit’s Chew said. Light-end kerosene will likely be used to make gasoline or petrochemical feedstock, while heavy-end kerosene can be blended into diesel supplies, he said.

The evisceration of jet fuel demand is already contributing to a global diesel glut that’s dragging down overall refining margins. It’s also not possible for refineries to cut jet fuel and diesel production as they need to meet demand for other fuels like gasoline as the same barrel of oil is used to make a variety of products. That means jet fuel is likely to keep dragging down refinery profits and crude prices for some time to come.