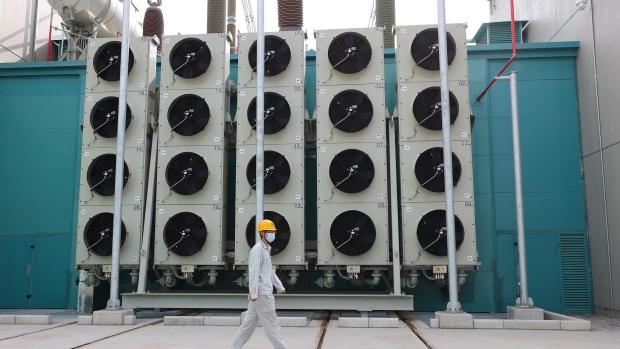 (Bloomberg) -- China’s energy crisis is beginning to hit people where they live, adding the risk of social instability on top of potential global supply chain disruptions.

Residents in several northern provinces have already been hit by blackouts. Guangdong, a southern industrial hub with an economy bigger than Australia’s, has asked people to keep their air-conditioners above 26 degrees Celsius to help avoid widespread shortages.

The impact to people’s homes show how quickly the power crisis is escalating, as China typically first asks large industrial users to curtail consumption when supply gets tight. Cuts to factories are already raising concerns of yet another wrench thrown into the works of global supply chains.

China is facing power issues on two fronts. Some provinces have ordered industrial cuts in order to meet emissions and energy intensity goals, while others are facing an actual lack of electricity as sky-high coal and natural gas costs cause generators to slow output amid high demand.

Northern Chinese provinces of Liaoning, Jilin and Heilongjiang all suffered blackouts over the weekend, Caixin reported, with cuts to traffic lights wreaking havoc on traffic during rush hour.

Jilin’s Vice Governor Wu Jingping on Monday called for ensuring residential electricity needs and avoiding power cuts by all means. Power restrictions are likely to continue until March next year, and residents should prepare for water cuts to become normal, a local report said.

Guangdong’s provincial energy administration issued a notice on Sunday calling for all walks of society to pitch in to prevent widespread outages. Large-scale cuts to factories have already been implemented, it said, and now it’s asking office workers to use stairs for the first three floors, shopping malls to keep advertising signs on fewer hours, and for homes to use natural light as much as possible and keep air-conditioning units above 26 degrees.