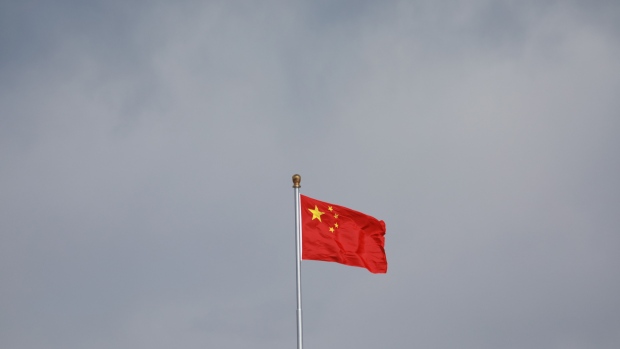 A Chinese flag flies in Tiananmen Square in Beijing, China, on Thursday, March 14, 2019. China is planning to approve new rules for foreign investment in the country this week, a sweeping overhaul of regulations that will affect corporate titans from Ford to Alibaba and Tencent. Photographer: Giulia Marchi/Bloomberg , Bloomberg

(Bloomberg) -- China tested a nuclear-capable hypersonic missile that circled the globe before speeding toward its target, the Financial Times reported Saturday, citing people familiar with the event.

The test in August showed China has made more progress on hypersonic weapons than U.S. officials realized, according to the report, which didn’t identify the people familiar with the test.

The missile missed its target, and the test doesn’t necessarily mean China will deploy such a weapon, the Financial Times said. The newspaper said the U.S. Department of Defense declined to comment on its report.

News of the reported test comes as China ratchets up tension around Taiwan, sending scores of warplanes on flights near the island. At the same time, the U.S. and several allies have been conducting naval drills in nearby waters.