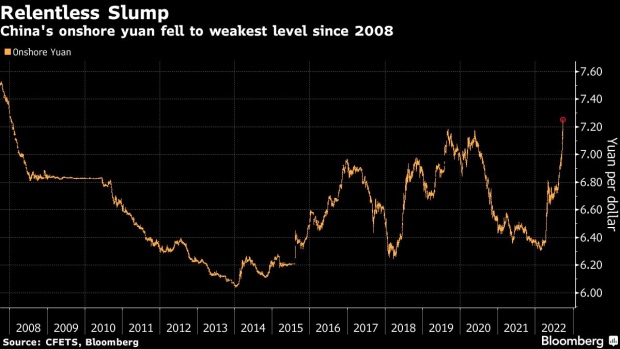 The Haizhou Open Pit Coal Mine in this aerial photograph taken in Fuxin, Liaoning province, China, on Monday, Nov. 16, 2020. When the Communist Party took over in 1949, leader Mao Zedong made Fuxin, where coal has been extracted since the 1700s, central to his efforts to modernize the nation. By 2005, easy-to-reach fuel was tapped out and the mine declared bankruptcy and Fuxin is still struggling to adapt. , Bloomberg

(Bloomberg) -- Almost a third of the new coal mines planned for the world are in China, all but guaranteeing that output will keep rising in the top producer, even as calls grow for the dirtiest fossil fuel to be phased out to avoid the worst effects of climate change.

Based on data from Global Energy Monitor, China had 559 million tons of proposed new coal mines at the start of the year, accounting for 29% of the global total, according to a note from Bloomberg Intelligence. Australia was second with a 17% share, then India and Russia with 16% each. Still, the 1.94 billion tons of new mines planned around the world is 15% less than a year ago.

China mined 4.01 billion tons of coal in 2021, a figure that will only increase after production was ramped up to record levels to prevent a repeat of the power crisis that crippled the economy last year.

The daily coal output target was raised to 12.5 million tons in August, implying annualized production of 4.56 billion tons, BI said. While the spot price should remain resilient as miners prioritize shipments to term-contract customers, imports are likely to come under even more pressure.

China’s commodities importers are facing rising costs after the yuan slumped to its lowest versus the dollar since 2008. The central bank has stepped in to warn against speculation, but market pricing suggests a further drop is likely.