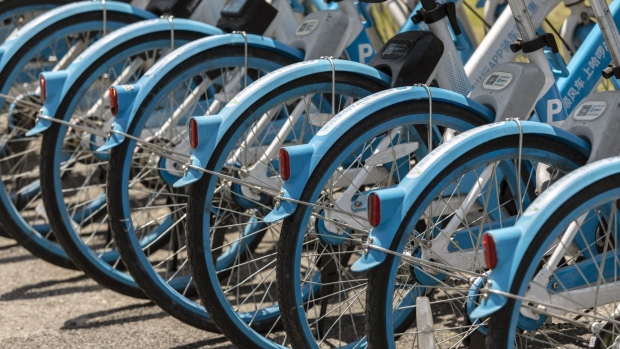 The company requested a withdrawal of its registration for a U.S. share sale, saying it no longer wanted to conduct the offering at this time, according to a filing Tuesday. It didn’t provide further details.

The Shanghai-based startup, which is backed by Chinese tech mogul Jack Ma’s Ant Group Co., first disclosed its IPO plans in April. Credit Suisse Group AG, Morgan Stanley and China International Capital Corp. had been lined up to serve as underwriters for the offering. The company is valued at about $5 billion, according to data provider CB Insights.

China’s government is overhauling its regulation of IPOs as it seeks to tighten oversight of firms that control reams of valuable user data such as Didi Global Inc. and ByteDance Ltd. While several companies have paused their listing plans or are considering alternative listing venues, Hello is the first major Chinese company to officially withdraw its U.S. IPO filing.

The Shanghai-based startup -- previously known as Hellobike -- is one of the few firms to survive China’s bike-sharing bubble, which attracted billions of dollars in investment at its height. Its investors include Ant Group, GGV Capital and Shanghai-listed Youon Technology Co., according to its earlier IPO filing.

Daojia, a home-services platform backed by KKR & Co., and on-demand logistics firm Lalamove are also rethinking plans to list in the U.S., people with knowledge of the matter have said.