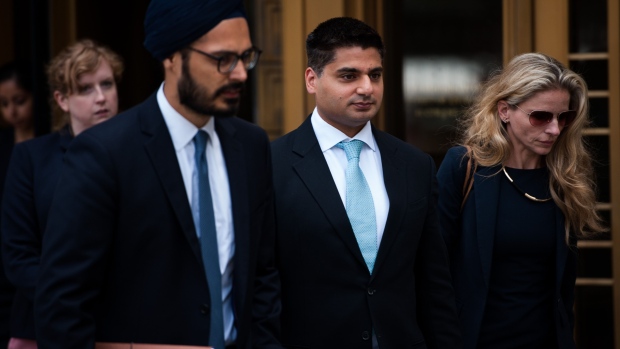 (Bloomberg) -- One of three British traders acquitted of using an online chatroom to fix prices in the foreign exchange market can go forward with a lawsuit claiming that Citigroup Inc. “fabricated” a baseless case against him, a judge ruled.

The ruling clears the way for Ramchandani, a former London-based trader, to move forward with the malicious-prosecution suit, which he brought in New York against a group of the bank’s affiliates after his acquittal.

“Mr. Ramchandani’s claims of malicious prosecution are without merit and we will contest them vigorously,” Danielle Romero-Apsilos, a spokeswoman for the bank, said in an emailed statement.

A Manhattan federal jury in October 2018 found Ramchandani and two other British traders working for other banks -- a group dubbed “the Cartel” -- not guilty of conspiring through online chatrooms to manipulate the $5.1-trillion-a-day foreign exchange market.

Citigroup, JPMorgan Chase & Co., Barclays Plc and Royal Bank of Scotland Group Plc pleaded guilty to currency manipulation in 2015 as part of a $5.8 billion settlement with the DOJ.