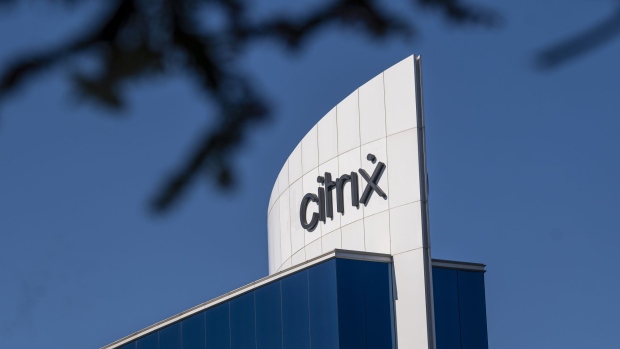 (Bloomberg) -- Citigroup Inc. and Morgan Stanley were among a total of six lenders that offloaded $750 million of debt tied to the buyout of Citrix Systems Inc. earlier this week as Wall Street banks look to chip away at billions of dollars in risky loans clogging their balance sheets.

Barclays Plc, HSBC Holdings Plc, Santander and Societe Generale SA were also part of what’s known as a pooled sell-down arrangement due to expire on Dec. 15, according to people with knowledge of the matter, who asked not to be identified because the transaction is private. Apollo Global Management Inc., Franklin Templeton, and Diameter Capital Partners bought the debt at a steep discount of 87 cents on the dollar, Bloomberg previously reported.

The $750 million block trade for Citrix reduces the amount of $2.5 billion of debt, known as a term loan A, that banks were forced to hold themselves. The transaction may grow by about $100 million as more of the 30-plus lenders in the Citrix debt indicate an interest in selling, the people added.

Banks providing more than $15 billion of debt financing for the Citrix LBO managed to sell just $8.55 billion of bonds and loans before the buyout closed, and made losses of more than $600 million on that part of the financing alone after selling at rock-bottom prices.

They were still left with about $6.5 billion more of Citrix debt that they couldn’t offload at the time, contributing to an even bigger $40 billion pile of loans that banks have been saddled with as credit markets deteriorated. For many lenders, offloading chunks of hung debt — even at a discount — is better than letting it languish on their books, tying up capital that could be deployed elsewhere.