CN Rail operations back to normal after strike ends

MONTREAL -- An end to a nationwide rail strike that has gripped the country for eight days is within sight, but concerns linger over the economic fallout.

Canadian National Railway Co. and Teamsters Canada reached a tentative deal Tuesday to renew a collective agreement for more than 3,000 workers, ending a strike that halted shipments, triggered layoffs and disrupted industries across the country.

Normal operations at CN will resume Wednesday at 6 a.m. local time across Canada, the union said.

Details of the settlement agreement, which must be ratified by union members, were not immediately available. Ratification is expected within eight weeks.

CN chief executive JJ Ruest thanked the railway's customers for their patience. "I would also like to personally thank our employees who kept the railroad moving safely at a reduced capacity" -- about 10 per cent -- Ruest said in a statement.

The union thanked the prime minister for respecting the workers' right to strike and acknowledged the help of federal mediators and the ministers of labour and transportation in reaching the deal.

The federal government had faced mounting pressure to resolve the strike -- either through swift mediation, binding arbitration or back-to-work legislation -- as premiers and industry voiced concerns about lost profits and a critical propane shortage in Quebec. 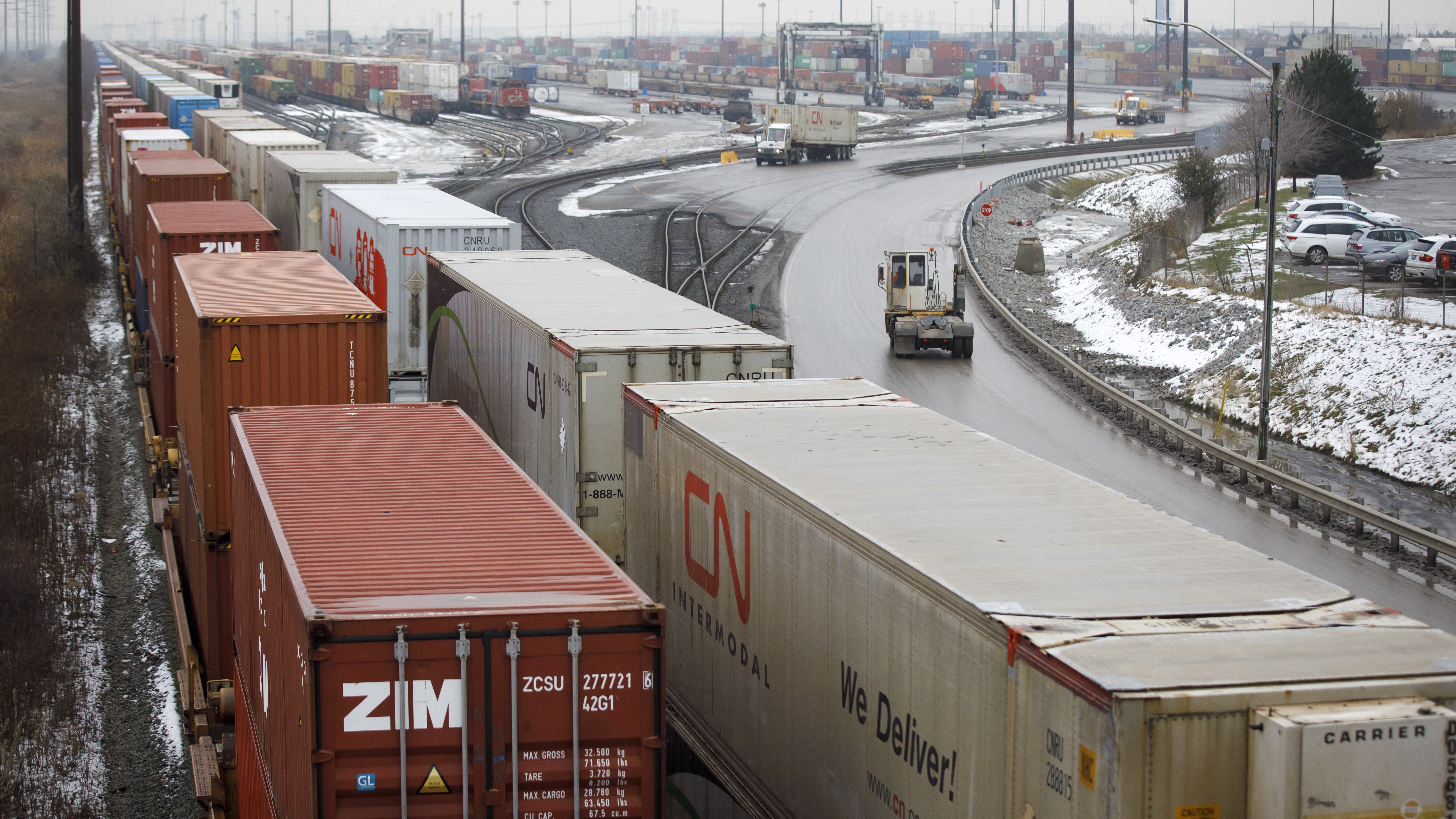 Did the strike affect your view of investing in CN Rail?

About 3,200 CN conductors, trainpersons and yard workers across the country, who have been without a contract since July 23, walked off the job on Nov. 19 over worries about long hours, fatigue and what they consider dangerous working conditions.

Labour Minister Filomena Tassi and Transport Minister Marc Garneau congratulated the two sides for staying at the bargaining table and reaching a settlement.

"Had we taken an approach like the previous government in deciding to legislate back to work, we would not have had a solution today," Garneau told reporters in Ottawa.

Tuesday's deal came a day after Nutrien Ltd. announced that it would temporarily shut down its largest potash mine, laying off 550 employees in southeastern Saskatchewan for two weeks starting Dec. 2 as a result of the strike. The fertilizer giant said Tuesday the layoffs will go ahead despite the deal.

"In terms of the backlog that was created with the supply chain due to the strike over the past week, it'll take some time to recover," Nutrien spokesman Jeff Holzman said.

The strike likely cost the Canadian economy about $1 billion, but part of the loss will be made up as excess shipments haul some of the built-up bulk over the next few weeks, TD senior economist Brian DePratto told The Canadian Press.

"The challenge with rail is that there's only so much capacity," he noted.

The Mining Association of Canada said the impact "will continue to be felt for the foreseeable future," as each day of disrupted service requires about a week to move the backlog.

Marshall joined the Alberta Wheat and Barley Commissions in calling on Ottawa to treat rail freight as an "essential service" -- which would bar it from strike action -- due to its fundamental role in the Canadian economy.

"Canada's longshoremen are already prevented from engaging in strikes that would impact the loading of grain vessels and the commissions believe those same provisions should be extended to rail," the commissions said in a statement.

Premier Francois Legault compared rail transport to an essential service and called for a "mechanism" to avoid another propane shortage down the line. Longer-term solutions lie in "having less propane use and more hydro-electricity use," he added.

Garneau dodged questions about potential compensation for certain sectors. On whether rail shipments should be an essential service, he said that "they are incredibly important for the economy."

"It's normal that from time to time there will be interruptions when there is collective bargaining. That's part of life," Garneau told reporters Tuesday.

About $300 million worth of Quebec crops still lie in the fields, at risk of being damaged or lost under a blanket of snow, said the provincial grain farmers union, whose president called on Ottawa for financial support. Harvesting operations -- which rely on propane to dry grain -- came to a standstill after trains carrying the gas to Quebec stopped moving.

Returning propane supply to normal levels, particularly in the Maritimes, Quebec and Ontario -- which depend on it to heat facilities ranging from hospitals to nursing homes and water treatment plants -- could be weeks in the making, the Canadian Propane Association said.

The Agricultural Producers Association of Saskatchewan demanded Garneau ask CN for an immediate update on its winter shipping plans.

"We need to know how CN plans to make up the shipping shortfall," association president Todd Lewis said in a statement. "This is crunch time for our cash flow and producers need to move grain to get paid."

Saskatchewan Premier Scott Moe deemed the deal "absolutely a positive -- not only for Saskatchewan and our export industries that rely on our rail service, our export transportation, but I think it's a sigh of relief for the entire nation."

CN confirmed job cuts earlier this month just before the strike began due to sputtering commodities shipments and trade tensions between the U.S. and China.

The railway cut its profit outlook for 2019 in October, saying a weaker economy had eroded rail demand. The Montreal-based company lowered its expectations for adjusted earnings per share to the high single digits, down from predictions of low double-digit growth.