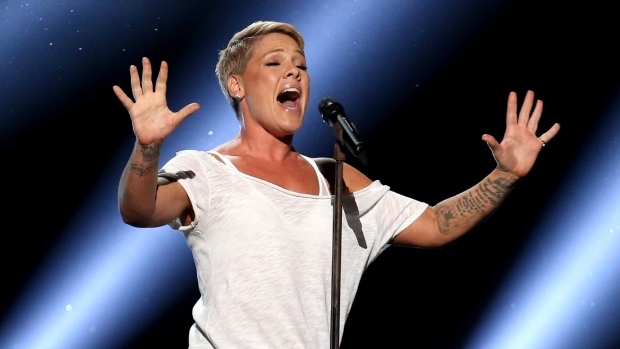 It’s not your imagination: Concert ticket prices are going through the roof.

And not just for the super wealthy who pay thousands of dollars to see the best acts from the front row. Fans of all types are paying more to see their favourite musicians.

The average price of a ticket to the 100 most popular tours in North America has almost quadrupled over the past two decades, from US$25.81 in 1996 to US$91.86 through the first half of this year, according to researcher Pollstar. Along with pro sports and Broadway shows, concert prices have far outpaced inflation. 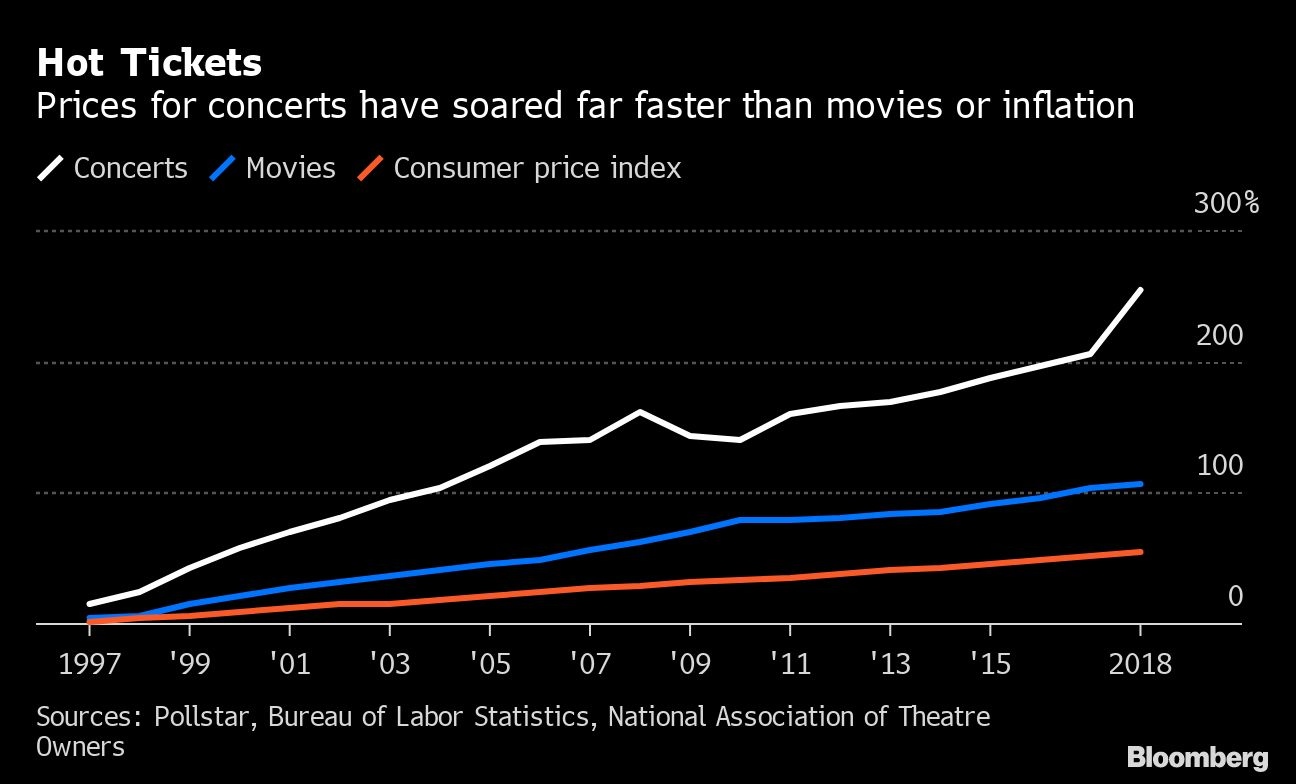 Some of that increase was out of necessity. As piracy eroded music sales, artists began to lean heavily on concerts. Stars like Beyonce and Taylor Swift can make more in a couple nights onstage than they can from a year of album sales. But something else was going on, too. Ticket sellers like Ticketmaster and AEG’s AXS began adopting technology that showed fans would pay almost any price for their favourite acts, especially stars who only come around every few years.

“We all undervalued tickets for many, many years,” said Joe Killian, who runs a media consulting firm and founded a concert series in New York’s Central Park.

Just ask Bex Paul, who saw Pink perform live 11 times this year, traveling across Europe for multiple stops on the pop star’s tour. The London native had to start saving for it five years ago.

“We had no idea what the ticket prices would be,” she said.

Higher prices have been good for the concert business. The live-music industry surpassed $8 billion in revenue in 2017, and is on pace for another record in 2019. Live Nation Entertainment Inc., which owns Ticketmaster, touts its ability to charge higher prices. Pink’s tour was the second-best-selling in the world in the first half of 2019, and No. 1 in North America, the top market.

It’s not just tickets, either. Music fans also face skyrocketing prices for food, beverages and merchandise. The average fan spent $20 at events in 2016 staged by Live Nation, the world’s largest promoter. This year, that figure is expected to reach US$29, an increase of almost 50 per cent.

If artists’ growing reliance on live music has led to any guilt about about appearing greedy, the rise of ticket resale sites like StubHub took care of that. For years, entertainers watched as scalpers vacuumed up tickets and resold them for far more on such exchanges. Agents took this as proof that tickets were underpriced -- and their artists underpaid. 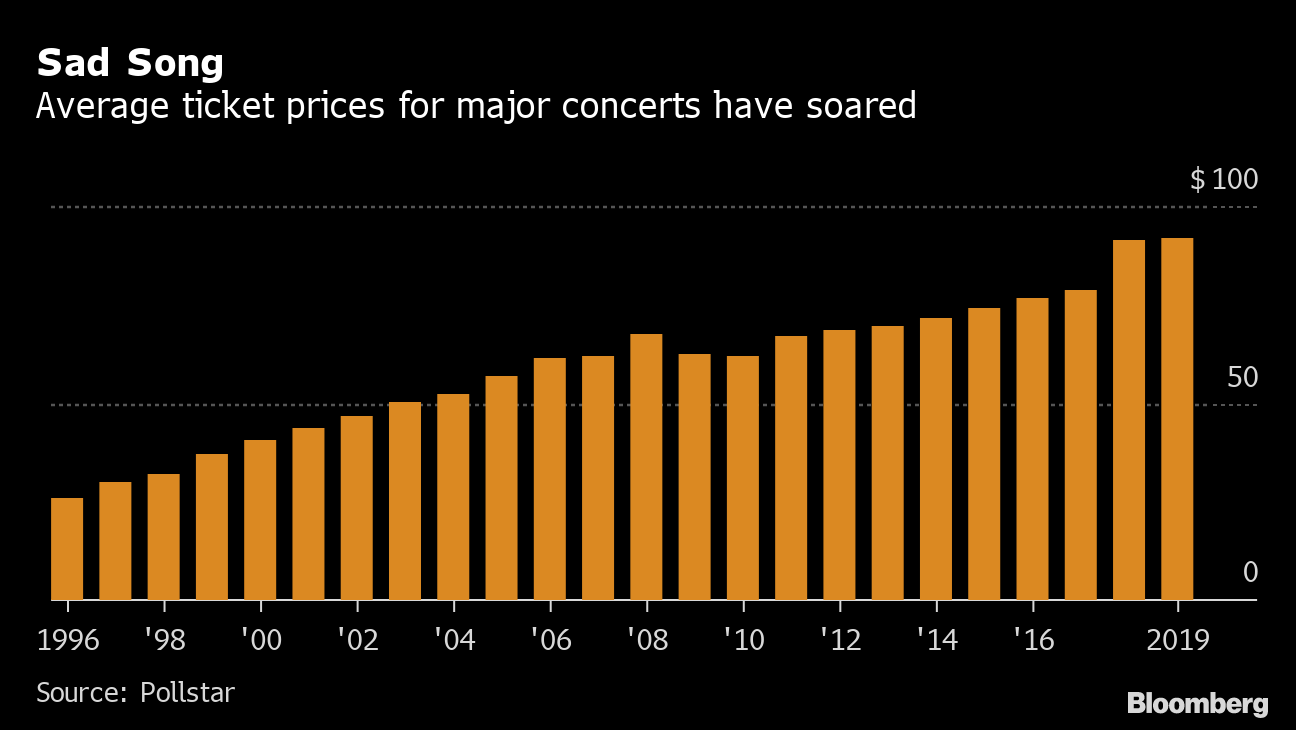 Ticketmaster and others have since developed the ability to change pricing at any moment, enabling artists to charge more upfront and keep more of the dollars that went to scalpers. They can also reduce prices closer to show time if tickets aren’t selling, or create special windows for true fans.

“Big acts led the way,” Killian said. “They understood there were always people willing and wanting to pay more.”

That’s a source of frustration for fans like Paul, who shows up hours before a show to ensure she gets to stand in the front row, and sometimes gets edged out by high-paying VIPs. The concerts themselves often suffer, she said.

“Pink performs with a billion times more heart when she has her super fans in the front row, singing every word and dancing,” Paul said.

For Pink’s “Beautiful Trauma” tour this year, Paul and her girlfriend spent an average of $170 each per show, and a total of more than $7,300 for travel, tickets and food, exhausting the money they saved.

“The super fans are not superrich fans,” she said.

Not every artist has embraced the new philosophy. Ed Sheeran booked the highest-grossing tour of all time while charging less than $100 a ticket, making him one of the cheapest of the top tours. He is adamant that his show be affordable to all his fans.

But Sheeran also offers a different kind of show than Beyonce, Swift or Pink. He stands on stage, often alone, strumming a guitar. On her latest tour, Beyonce performed in front of dozens of musicians decked out like a high school marching band. The cost of mounting such shows has more than doubled as artists push the limits of the live experience, according to industry experts.

Pink’s approach to touring changed after her performance at the 2010 Grammys, when she sang “Glitter in the Air” while drenched in water and twirling high above the crowd.

Acrobatics are now an integral part of her set. She started many shows of the “Beautiful Trauma” tour hanging from a chandelier, singing while upside down, and then ascending to the top of the light fixture. More than a dozen people perform beneath her on a set that is part surrealist streetscape, part Chippendales.

“You definitely get your money’s worth,” said Paul. “You can see what your money has gone into.”