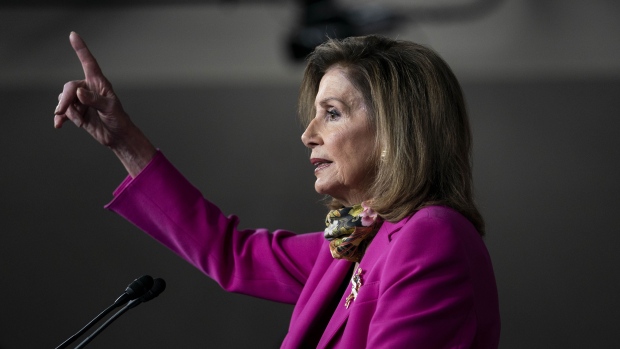 (Bloomberg) -- Democrats and Republicans have opened negotiations to resolve a dispute over farm aid that had raised the risk of a U.S. government shutdown on Oct. 1, according to congressional aides.

To facilitate the new talks, the House may scrap plans to vote later Tuesday on a stopgap spending bill that lacked Republican and White House support, the aides said. If the talks on farm aid fall through, the vote in the Democratic-majority House would go forward.

The stopgap bill is needed to maintain funding of the federal government when the new fiscal year begins on Oct. 1.

House Speaker Nancy Pelosi and her Democratic colleagues on Monday released a bill extending most funding to Dec. 11, but it lacked the $30 billion in funding for the Commodity Credit Corp. that the Trump administration and Republican lawmakers had sought.

The GOP said Pelosi had canceled a tentative Friday deal allowing that assistance, along with $2 billion in money for a pandemic program to feed children who normally receive school lunches, which Democrats had favored.

Democratic critics have said that President Donald Trump had effectively used the CCC as a political slush fund. The president on Thursday announced he was drawing $13 billion in aid from the CCC to help rural areas key to his re-election. He unveiled the move in Wisconsin, a key battleground state in the presidential election.

Pelosi faced some criticism from her own members on the stopgap bill, with swing district Iowa Representative Cindy Axne issuing a statement calling for inclusion of the CCC funds and warning about a shortfall for traditional farm subsidies.

“I urge leaders in the House to reverse course and include this vital aid,” Axne said in a press release.

A continued standoff could risk the clock running out on government funding if the Senate blocks the House’s version of the stopgap bill and attempts to amend it with the farm-aid funds. Such a Senate vote could also be politically difficult for Democrats in agriculture-intensive states.

White House chief of staff Mark Meadows signaled optimism on Fox Business earlier Tuesday on resolving the standoff. “It appears that we’ll be able to make a deal and keep the government open there,” he said.