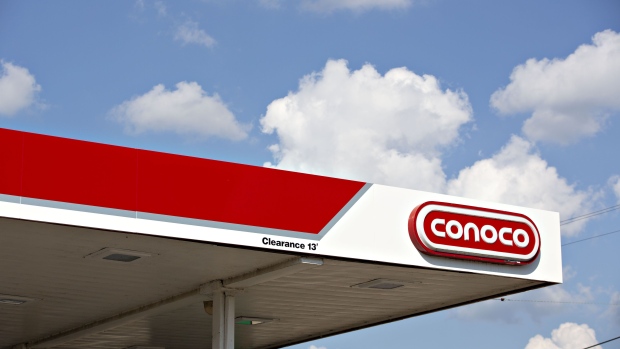 ConocoPhillips is in talks to acquire rival Concho Resources Inc., according to people familiar with the matter, as one of America’s largest independent oil explorers looks to make a bold bet on shale during an historic industry downturn.

The companies may announce a deal in the next few weeks, said the people, who asked to not be identified because the matter isn’t public. Shares of Concho declined 1.3 per cent in New York trading Tuesday, giving the Midland, Texas-based company a market value of $8.7 billion.

Conoco was down two per cent at $34.88, translating into a market value of about $37 billion. No final decision has been made and talks could fall through, the people said. Representatives for Conoco and Concho didn’t immediately respond to requests for comment.

The potential combination would be the latest sign that long-expected consolidation in the shale patch has finally arrived. A purchase of Concho, which has an enterprise value of $12.3 billion, could become the year’s largest takeover of an oil and gas company, according to data compiled by Bloomberg. It would likely surpass Chevron Corp.’s all-stock acquisition of Noble Energy Inc., which was valued at about $11.8 billion including debt when it closed in October.

It would follow Occidental Petroleum Corp.’s $38 billion purchase of Anadarko Petroleum Corp. last year and could come just weeks after a $2.6 billion merger of Devon Energy Corp. and WPX Energy Inc. A transaction would also continue a trend of explorers seeking to bulk up specifically in the oil-rich Permian Basin of West Texas and New Mexico, the most productive field in the U.S.

Conoco has been dropping hints about a potential M&A deal for months. In July, Chief Executive Officer Ryan Lance said the company was encouraged by the low premiums needed for acquisitions in the shale sector, citing Chevron’s deal to buy Noble.

Concho has drilling rights on about 800,000 gross acres in the Permian, according to a September investor presentation. While Houston-based Conoco has lost nearly half its market value this year, it’s held up relatively well compared to peers as oil prices collapsed during the coronavirus pandemic.

Last month, Conoco said that it would resume share repurchases, after cutting production and curbing spending to conserve cash in the first half of 2020.

Concho and Conoco together produced about 1.3 million barrels of oil equivalent a day in the second quarter, according to data compiled by Bloomberg Intelligence, just shy of the output of crude giant Occidental.

--With assistance from Simon Casey.