China’s economy may grow just 4.5 per cent this quarter, down from six per cent in the prior three months, if the coronavirus inflicts a severe yet temporary impact on output, according to Bloomberg Economics.

Such a slowdown would be 1.4 percentage points beneath the forecast made before the outbreak of the virus which is now threatening to hurt demand and supply chains in China and beyond, economists Chang Shu, Jamie Rush and Tom Orlik wrote in the report, which was published on Thursday.

The projection is based on the experience of the 2003 SARS outbreak as well as changes in China’s economy since then. A second quarter recovery would pave the way for growth of 5.7 per cent over the entire year, lower than 2019’s 6.1 per cent and 0.2 point below the previous prediction. 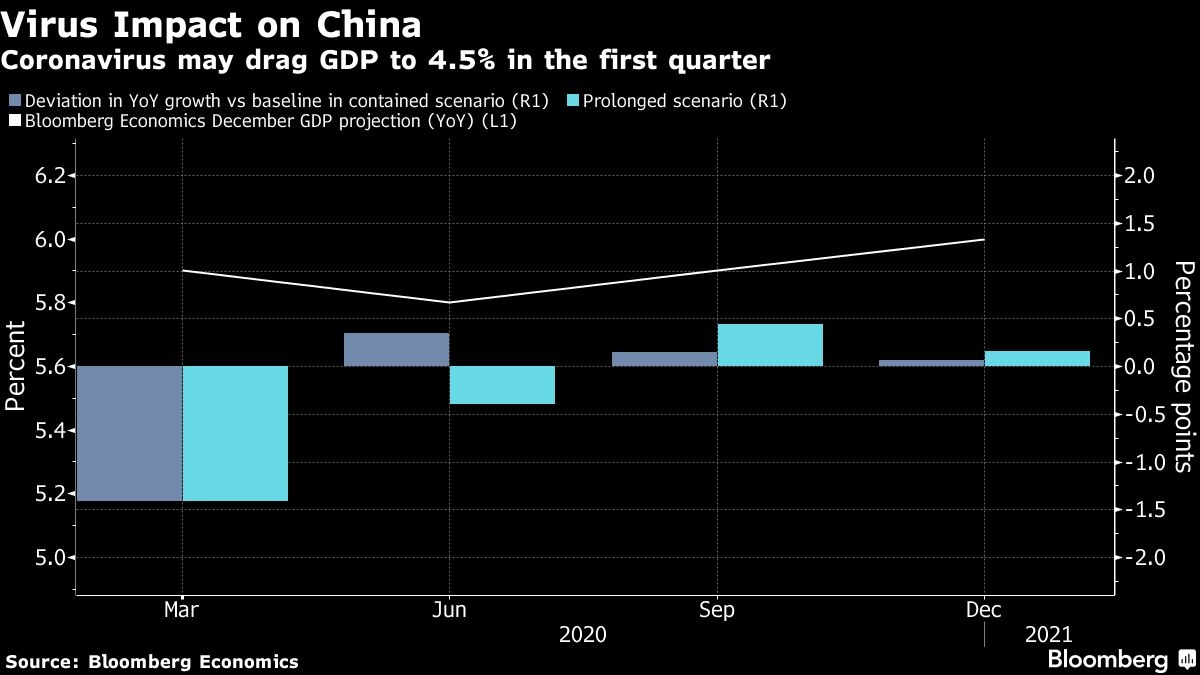 Beyond China, Hong Kong faces the biggest risk with 1.7 percentage points lopped off economic growth this quarter — if the virus delivers a severe, but short-lived impact. Neighbors South Korea and Japan are also set to suffer, while the U.S. and euro are face drags of around 0.1 point, according Bloomberg Economics.

If the outbreak proves prolonged and the virus isn’t contained until the second quarter, then China’s 2020 growth rate could slow to 5.6 per cent, the economists said.