Some of the tech talent brought home during the pandemic will stay: Bruce Croxon

Some of 2020’s biggest technology winners — including Zoom Video Communications Inc., Shopify Inc. and Nvidia Corp. — have delighted shareholders with gains ranging from 100 per cent to 400 per cent. And they have a common thread: Besides being top performers, these companies are all market leaders that benefited from trends that were supercharged by the pandemic. Whether it was the shift to remote work, the move to cloud-computing software, the rise of video-gaming or the surge in e-commerce sales, these companies were there at the right place at the right time to profit.

With the year drawing to a close, the critical question is which of these trends will stick or falter over the next 12 months. The answer will also determine which technology names are best positioned to be victors in 2021. To figure it out, here’s a case-by-case review:

Cloud-Computing SoftwareThe pandemic had a big impact on enterprise technology budgets. In recent years, companies have steadily shifted their information technology spending away from in-house equipment to the more flexible cloud-computing model, using external vendors such as Amazon.com Inc.’s Amazon Web Services and Microsoft Corp.’s Azure. This year’s shelter-in-place orders hastened the trend as companies raced to enable virtualized offices and remote-working environments for their employees. Zoom, too, was a big beneficiary as the company’s video-conferencing tool became the industry standard, because of its ease of use and quality of service.

Once the process of shifting to the cloud begins, there is no turning back. Executives get used to cloud software’s flexibility, savings and ability to generate faster business insights, resulting in a further push to accelerate the transition. And it’s nowhere near over. According to a recent survey conducted by Cowen Research, nearly half of corporate technology buyers said they were in the “early stages” of their upgrading toward cloud computing, pointing to a growth runway that will be measured in years, not months. This bodes well for a company such as Okta Inc., the leading player in cloud-services user authentication and a stock-market darling this year. Demand for its software, which provides office workers the ability to sign on once to access dozens of different cloud applications, should remain robust for a long time. 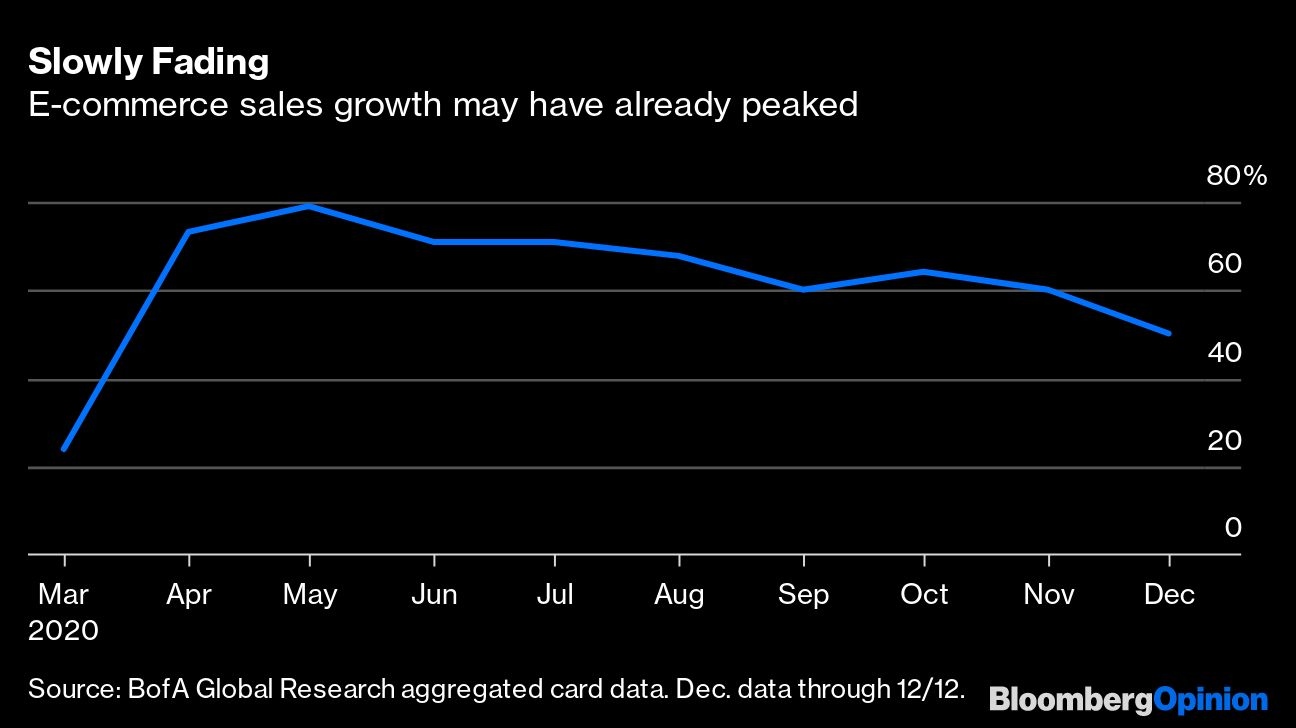 Video-gamingWith much of the public spending more time inside with their families, gaming has thrived this year as one of the main options for in-home entertainment. Fortunately, the timing and product cadence of industry’s key releases this year couldn’t have been better. Take Nintendo Co.’s virtual-life simulation game “Animal Crossing: New Horizons,” which was released in the spring and provided a much-needed outlet for escapism just as lockdowns were enforced across the U.S. In the summer, Nvidia’s latest lineup of graphics cards were released, giving PC enthusiasts vastly improved performance for their games. Then in the fall, Sony Corp. and Microsoft Corp.  launched their next-generation gaming consoles, marking the first hardware upgrades in seven years.

Going into 2021, the industry’s prospects remain bright. Gamers have developed new social connections online that should lead to greater engagement going forward. It’s also notable many of the industry’s product cycles are just getting started. Specifically, Sony and Nvidia may be best positioned for success next year on the back of their latest offerings: Sony’s PlayStation 5 and Nvidia’s GeForce RTX 30 Series cards. Ever since these products were launched, the demand has been overwhelming. Whenever hardware becomes available for sale, they both instantly sell out in seconds. The product pipeline looks just as strong, with Sony slated to release an eagerly anticipated lineup of exclusive software titles and Nvidia set to launch new cards at lower price points.

E-commerceOnline sales have soared as consumers increasingly preferred shopping at home on their phones and computers over going to a physical store and risking infection. Even traditional retailers such as Target Corp. and Best Buy Co. were able to post stunning triple-digit sales growth for their online businesses, helped by popular offerings such as same-day delivery and curbside pickup.

Where things go from here is unclear. For certain categories such as clothing and jewelry, there are advantages for in-person shopping because buyers can touch and try on products. Also, some consumers may have reallocated a portion of what they normally would have spent for dining out or outdoor experiences toward online shopping. This could reverse next year as vaccines become widely available.

E-commerce growth may in fact have already peaked. According to the latest credit-card spending data, online sales have been materially slower over the last few weeks. While it may be because shoppers pulled forward their holiday purchases this year to take advantage of promotional activity, it is nevertheless worrisome data. A continuation of this pattern would pose a challenge for e-commerce players such as Amazon and Shopify, and might shake investors’ confidence as well.

That is not to say e-commerce won't keep growing. But compared with cloud-computing software and video-gaming, it could be the most likely to disappoint relative to elevated expectations next year. If that is the case, Okta, Sony and Nvidia may be the better bets to keep thriving through 2021.