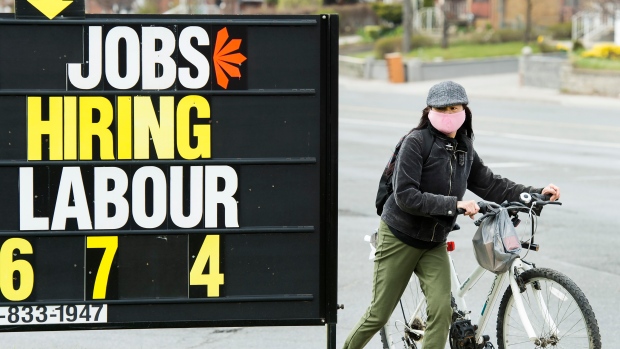 The damage to labor markets from the coronavirus is proving worse than anticipated, according to the International Labour Organization, which also sees a much slower recovery at the end of this year.

The ILO said that global working hour losses so far this year have been “considerably larger” than previously estimated. In the second quarter, working hours were 17 per cent lower compared with the end of 2019, equivalent to almost 500 million jobs. That’s up from 400 million projected in June.

The organization also estimates that labor income losses around the world -- excluding the offset from government support programs -- amounted to US$3.5 trillion so far. 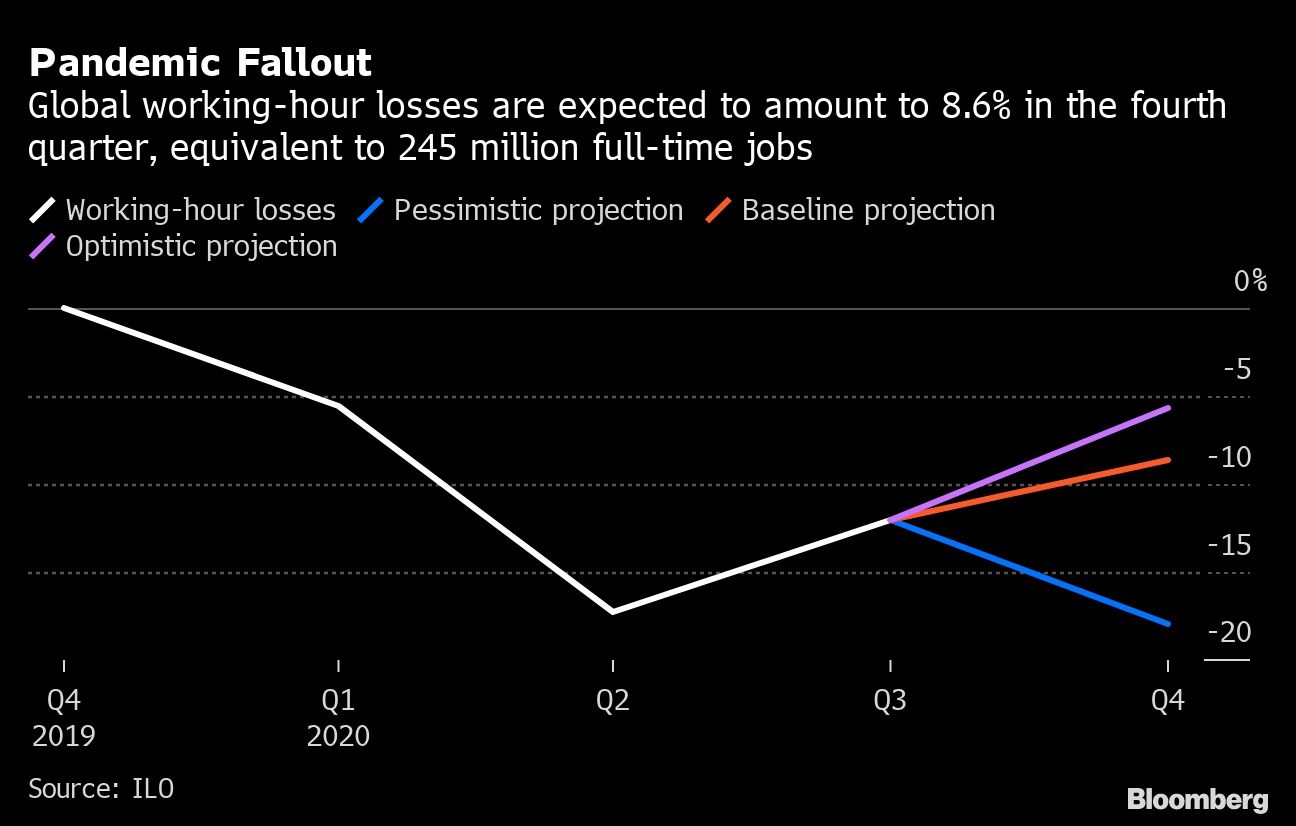 While the situation will improve in the second half, the outlook has also worsened considerably since June. The destruction in the fourth quarter will be equivalent to 245 million jobs in a baseline scenario, up from 140 million. Under a pessimistic outcome, the fallout could amount to the equivalent of more than 500 million.

The revisions partly reflect the increase in global infection rates, which means a greater economic impact in the second half than the ILO previously assumed. The Geneva-based organization also said there’s been greater damage to jobs in developing economies, where there’s less opportunity for home working, and on informal work.

Worryingly for the long term, the ILO said the decline in employment has led to an increase in inactivity. That could leave many people cut off from the labor market, slow the job recovery and increase inequality.