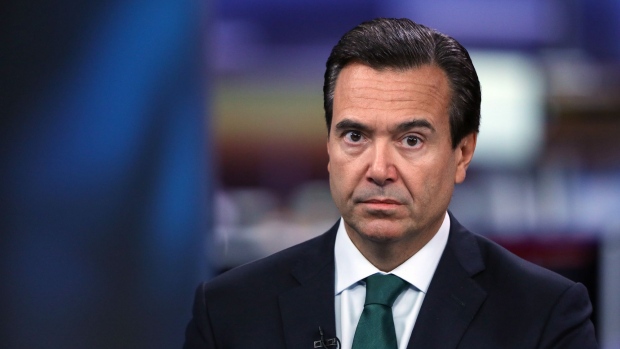 Antonio Horta-Osorio, chief executive officer of Lloyds Banking Group Plc, pauses during a Bloomberg Television interview in London, U.K., on Wednesday, May 17, 2017. The U.K. government sold its last remaining shares in Lloyds, bringing Britain's biggest mortgage lender back into full private ownership almost a decade after it was bailed out in the depths of the financial crisis. , Bloomberg

(Bloomberg) -- Credit Suisse Group AG said it “regretfully acknowledged” that Chairman Antonio Horta-Osorio breached quarantine rules recently when he left Switzerland before his period of isolation was over.

Horta-Osorio apologized for leaving “prematurely” on Dec. 1, when he  “unintentionally violated” Swiss quarantine rules following his entry on Nov. 28. He said that during his period of isolation he had strictly followed the quarantine protocol and apologized for his mistake.

Swiss newspaper Blick reported earlier that the Credit Suisse chairman returned to Switzerland from the U.K. on Nov. 28, requiring a 10-day period of quarantine. He received feedback both from the local canton and the federal government that there would be no special exemptions and that he should remain in isolation for the full period.

Blick reported that even after the order Horta-Osorio left for the Iberian peninsula on Dec. 1 aboard a private jet. The newspaper cited people familiar with the matter which it didn’t identify.