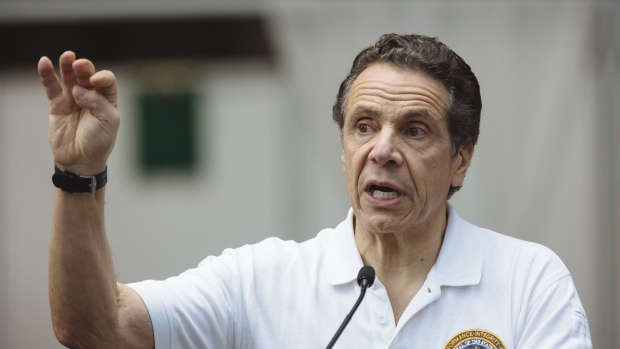 The plan includes installing cables to bring wind and solar power down from the state’s rural regions to New York City and its suburbs, Cuomo said Tuesday during a news conference. He’s also seeking to expedite a plan to deliver hydropower from Canada through a transmission project that’s been in the works for years.

The proposals come as coronavirus cases are slowing in New York, prompting calls to revive the economy in the state hit hardest by the virus. Cuomo said that investing now in major infrastructure projects, including energy and transportation, would accelerate economic growth.

“Let’s run the transmission lines from Canada to New York City and get that power down here,” he said. “Let’s stop talking and let’s start doing.”

New York has some of the most ambitious clean-energy targets in the country, with a law requiring the state to get all its power from emissions-free sources by 2040.

“We know we can generate renewable power upstate. We know we need it downstate,” Cuomo said. “Let’s build the cross-state transmission lines to develop that renewable market upstate.”