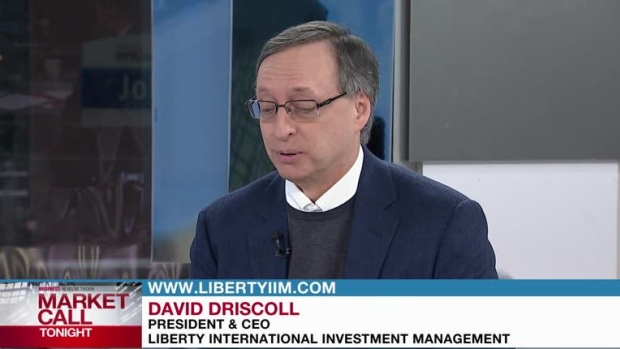 MARKET OUTLOOK
For the past eight years, the U.S. economy was fuelled primarily by the U.S. Federal Reserve’s monetary policy as it dropped interest rates and bought back large swaths of Treasury bonds. With no fiscal policy creations to help, GDP growth in the U.S. was fairly weak. Since the November U.S. election, however, the anticipated addition of fiscal policies by the new government to help boost economic growth and create higher corporate revenues and profits has caused the market to rise. Also, investors have moved from cash positions back into the market or they have moved money from bond funds or bond exchange-traded funds into equities. That, too, has helped spur the stock rally. Whether or not these actions will be the catalysts to push the market higher remains to be seen.

In the past year, the main Liberty strategy that has helped keep returns higher than the benchmark averages has been the use of cash-on-hand. For example, some names that are in the Liberty portfolios were down in 2016 (see two of the past picks: AmerisourceBergen and Paddy Power Betfair) because of macro-economic reasons (Brexit, geo-political concerns, out-of-favour sectors). However, their earnings and free cash flow numbers continued to grow, creating an opportunity to buy more of their shares at lower prices (known as dollar-cost averaging). Today, the performance numbers for those two names are better than if we just bought once and held the whole way. That’s the beauty of always holding some amount of cash. If the market corrects, we have cash available to take advantage of it and more expected to come from interest and dividend payments to replenish the amounts spent. And if the market continues higher, our clients will participate in any rally with their current equity exposure.

DANAHER CORP. (DHR.N) – $87.64
Danaher is a U.S. conglomerate in the life sciences, robotics, dental and waste water management industries. It’s a company that is hitting on all cylinders because it’s in the right industries to offset any disruptive business changes. The company is run like a private equity firm and is the most efficient allocator of capital among the bunch.

PAYCHEX (PAYX.O) – $62.25
Paychex is a U.S. payroll, human resource and employee benefits company that deals mostly with small U.S. businesses. It is also responsible for remitting payroll taxes (about $3.5 billion of client funds) to the IRS every two weeks. If the Federal Reserve raises rates in 2017 and 2018, Paychex makes US$3 million in profit, or one cent a share for every 0.25 per cent rise in interest rates.

DASSAULT SYSTÈMES (DASTY.PK) – €76.42
Dassault Systèmes provides 3D software applications that help companies create, model and test designs. A company, a scientist or an entrepreneur can take an idea and use Dassault’s software to create the most viable product with the most cost-effective design. They are also heavily involved in artificial intelligence programming to enhance further efficiencies.

In all three cases, we took advantage of lower prices later in the year to buy more shares of these companies. The dollar-cost averaging helped to reduce the overall losses. In fact, two have recovered to profit status (AmerisourceBergen and Paddy Power) while Fairfax is still down about three per cent.